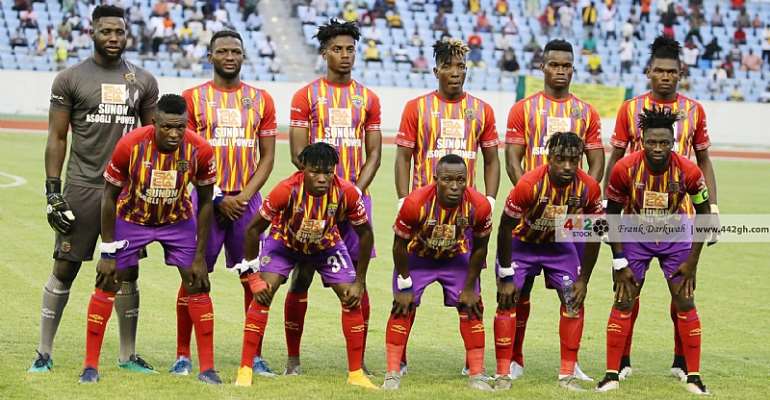 Hearts of Oak head coach Samuel Boadu has announced his starting line for their CAF Champions League preliminary round game against CI Kamsar.

The Phobians are hosting the Guinean top-flight outfit in a one-off clash at the Accra Sports Stadium.

Caleb Amankwah has returned to the squad list for the all-important fixture after sustaining a knock last week.

Young attacker Isaac Mensah will be leading the attack for Hearts of Oak.

Meanwhile, new signing Gladson Awako is out of the game due to illness.

Below is Hearts of Oak line up against CI Kamsar.