I have distanced myself from my brother Jerome Boateng, says Kevin Prince Boateng 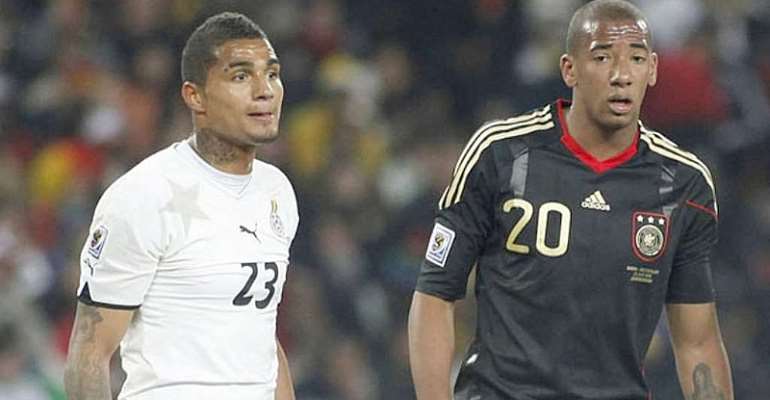 Hertha Berlin midfielder, Kevin Prince Boateng has hit hard on his brother, Jerome Boateng saying he has distanced himself from his brother.

The pair haven't been on good terms for years with Kevin switching his nationality to play for Ghana whiles Jerome opted to represent Germany and was part of their 2014 World Cup-winning squad.

Jerome Boateng, who played for Bayern Munich in 2018 was accused of domestic violence after injuring his girlfriend during their holidays having denied those accusations earlier on several occasions.

The 33-year-old appeared before the Munich District Court on Thursday, and has been charged with Bodily Arm on his former partner Sherin Senler and has now been ordered to pay $2.13million as a fine or face a prison sentence.

Kevin Prince Boateng stated he's got nothing to do with his junior brother anymore and that he is against violence against women and respect the German law.

"I've already distanced myself from Jérôme for a long time," the 34-year-old told BILD Sport.

"I appreciate and respect German law. I despise violence against women.

"I don't identify with the actions of my brother and therefore I have nothing to do with him anymore," he added.

Kevin-Prince says his relationship with Jerome, who has the same father but a different mother broke down well before the latter's conviction.