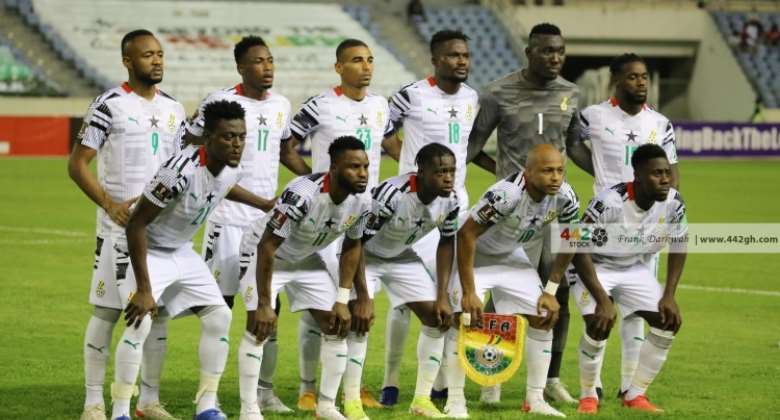 Each Black Stars player will take home $5000 as a winning bonus following their win against Ethiopia.

Ghana national team recorded a slim 1-0 win against the Walia Ibexes at the Cape Coast Stadium in their 2022 World Cup qualifiers opener.

The team were criticized by many despite the win.
However, the Black Stars suffered a painful defeat in their second fixture against South Africa at the FNB Stadium having conceded a heartbreaking 83rd-minute goal netted by Bongokhule Hlongwane which has propelled them to the top spot.

The playing body will have to return to their respective clubs this weekend and will pocket $5000 each as their bonus for the triumph over Ethiopia with the technical team likely to receive a double of the amount.

However, Ethiopia recorded a late win over Zimbabwe last Tuesday in Addis Ababa tieing them up with Ghana on three points each, with the Bafana Bafana's claiming top spot in Group G with six points.

The Black Stars will host the Warriors of Zimbabwe next month in their next fixture, with the return encounter set to be honoured in Harare in a few days time.

The Black Stars are seeking to return to the global showpiece having missed out on the last edition in 2018 in Russia.