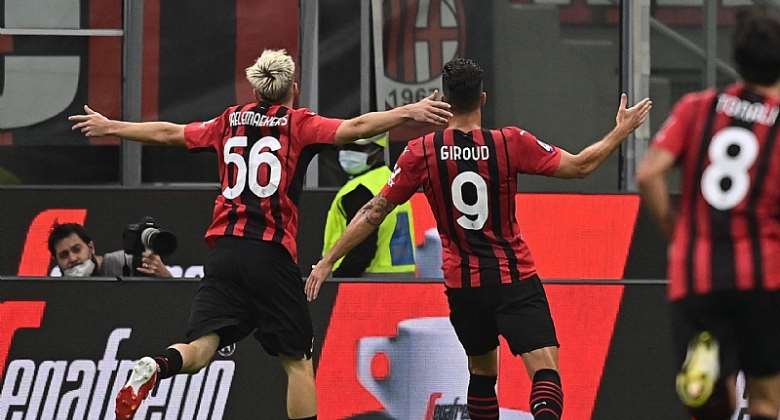 Olivier Giroud made a dream start to life at AC Milan as he scored twice on his home debut to help the Rossoneri to a 4-1 victory over Cagliari.

Around 40,000 fans were back in attendance at Milan's iconic San Siro stadium, and they were treated to a special opening first-half in which there were five goals scored, the opener an absolute beauty when after 12 minutes, Sandro Tonali curled a free-kick past Boris Radunovic at his near post.

By that stage, confidence was flowing through Milan's veins and they looked likely to score every time their attackers poured forward.

Giroud marked his big night with a well-taken goal after Diaz turned provider, and two minutes before the break, the Frenchman scored his brace, this time from the penalty spot after Kevin Strootman was adjudged to have handled inside the box by VAR.

With the points already in the bag, Stefano Pioli's side took their foot off the gas after the restart which resulted in a more tepid encounter.

That said, only a crucial intervention from 35-year-old Diego Godin denied Giroud his hat-trick, while at the opposite end, Maignan had to be alert to keep out Charis Lykgiannis' free-kick.

The victory ensures Milan stay perfect as they move up to fourth in the early Serie A table.