Olympics Day 13: Gold medal in karate, silver in decathlon for France with a feast of finals to come 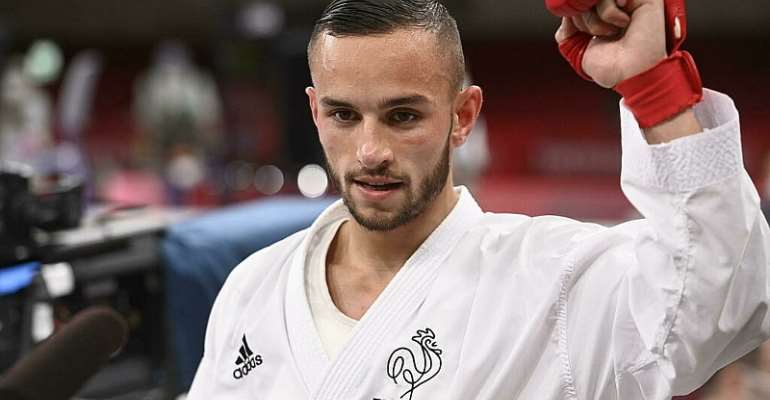 A busy and productive day for the French in Tokyo, magnificently kicked off by the men's handball squad, now sure of either silver or gold after their gritty semi-final win against Egypt, 27 points to 23. In karate, Steven Da Costa wrote his name into history, becoming the first French Olympic champion in the sport.

The French handballers are used to this sort of thing, having made it into the last four Olympic finals, silver in 2016, gold in 2008 and 2012. But the Egyptians fought them all the way to the line, and it took an outstanding performance from the French goalkeeper, Vincent Gerard of PSG, to keep them in touch.

They'll face either Spain or Denmark in Saturday's decider.

There's no more suspense for Steven Da Costa. He's the Olympic karate champion, the first Frenchman ever to hold that title. He won his final against Eray Samdan of Turkey, 5-0, despite being on his last warning for stepping outside the fighting zone.

In the 25k omnium race on the cycle track, unfortunate Frenchman Benjamin Thomas stayed in contention to the very end, being pipped on the last two circuits (of 100) to finish fourth!

Chinese 14-year-old
produced three perfect dives, rated 10 by all seven judges, on her way to gold in the women's 10m platform event.

"I don't think I'm a prodigy, " Quan said afterwards. "I'm not very bright. I don't do well in my studies."

China have won six of the seven diving events completed so far in Tokyo.

Italy's Massimo Stano won the 20k walk in 1 hour, 21 minutes, nearly as fast as I could do it on my bike. Bravo!

USA cruise into basketball final
It's hardly news, but the Americans are again heading into the gold medal match, after beating Australia 97-78.

France take on Slovenia in the other semi-final.
No shocks in shot putt pecking order
In the shot putt, Ryan Crouser of the United States smashed his own Olympic record with a throw of 23.30 to win gold, beating compatriot Joe Kovacs, with New Zealand's Tomas Walsh taking bronze.

That, apparently, is the first time in Olympic history that the podium has been identical in successive competition, the same three men having shared the honours, in exactly the same order, five years ago in Rio.