Samuel Takyi thanks Mayor and people of Inawashiro 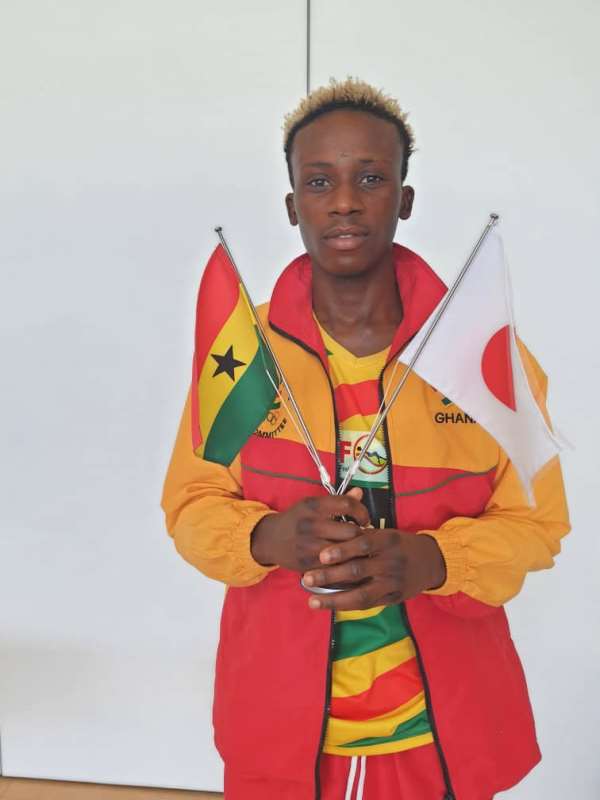 Ghana’s only medalist at the Tokyo 2020 Olympic Games has commended the Mayor Hiroshi Zongo and the people of Inawashiro for their luck and support that has been behind Ghana during the Olympic Games in Japan.

He said the entire Black Bombers are grateful for the love shown to them.

According to Takyi, the environment, accommodation, food and training facilities really helped him, and his confidence to win a medal was enhanced by the serene atmosphere in Inawashiro.

“Since we arrived in Inawashiro and moved to Tokyo, I have been dreaming of a medal, and I thank God for what he has done in my life.

I want to thank the President of Ghana Nana Addo, GOC President Ben Nunoo Mensah, President of the GBF George Lamptey and the Sports Minister as well as the Ambassador to Japan Frank Okyere for their inspiring words” he expressed.

He also acknowledged the medical doctors of Team Ghana for guiding and ensuring his fitness.