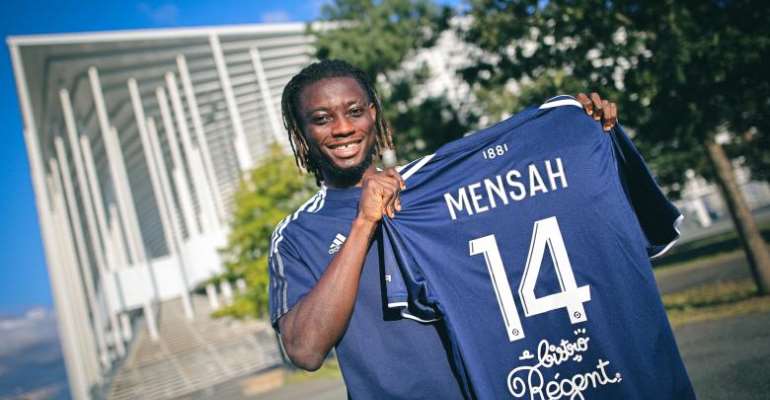 The talented left-back is joining the club on a season-long loan from Austrian Bundesliga giants Red Bull Salzburg.

If he manages to make an impact at the end of the 2021/2022 football season, there is the option for the defender to be signed on a permanent deal.

“FC Girondins de Bordeaux is pleased to announce the arrival of Gideon Mensah, on loan with option to purchase for the coming season,” an official statement on the website of the French club has said.

The 23-year-old last season spent the campaign on loan in Portugal where he played for top-flight side Vittoria Guimares.

During that spell, he made 22 appearances for the team and was a key player for the side.

In the seasons before, Gideon Mensah played for Zulte Waregem and Sturm Graz.

MMDCE appointments shouldn't be seen as job for the boys' - ...
58 minutes ago