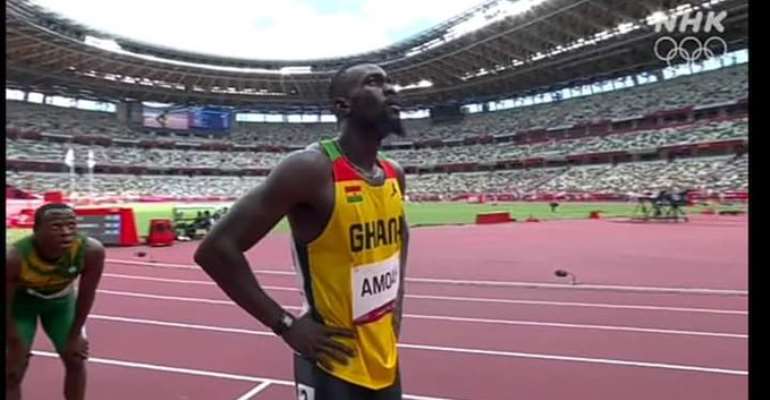 Ghanaian sprinter, Joseph Paul Amoah has failed to make it to the final after finishing 4th in Men’s semifinals in the 200m at the Tokyo Olympics.

The 24-year-old smashed the national record again, finishing with a Season’s Best time of 20.27s, placing 4th in his semi-finals heat.

He crossed the line behind USA’s Erriyon Knighton, Rasheed Dwyer of Jamaica, and fellow African, Divine Oduduru from Nigeria.

Amoah clearly struggled to cope with the pace of the leading pack and came out of the bend slightly behind everyone else but had a blistering finish to set another national record.

He earlier qualified for the semi-finals of the men’s 200 m after finishing 3rd in heat 7 of the half-lap event at the Tokyo Olympics.

Already, youngster Samuel Takyi was confirmed as a bronze medallist on Tuesday morning despite losing his semifinals bout in the Men’s Featherweight Division of boxing to American Duke Regan.