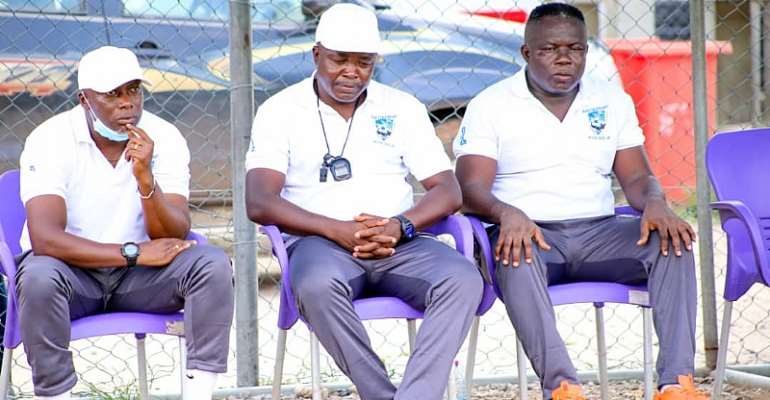 The Yellow and Mauve lads suffered a 3-0 loss to the 2020/21 Ghana Premier League champions on Sunday at the Cape Coast Stadium in the second of two semi-final games played.

Benjamin Afutu, Isaac Mensah and Daniel Afriyie-Barnieh all netted to dump Medeama out of the cup competition, a move which will also see them miss out on a place in Africa next season.

Medeama has struggled to cope to their initial intensity during the start of the 2020/21 season following the departure of coach Samuel Boadu to Hearts of Oak midway through the season.

However, the club appointed Yaw Preko and Yaw Acheampong to steer the affairs of the club till the end of the season but have failed to convince the club's top hierarchy.

They have been accused of lacking the technical know-how to lead the side to their first league crown of the season.

The former Ghana Super Cup champions were billed as one of the top favourites to clinch the title following a massive $300,000 sponsorship injection by Goldfields.

The pair have failed to achieve their target of the season. Medeama ended the 2020/21 football season at the 5th position with 54 points.