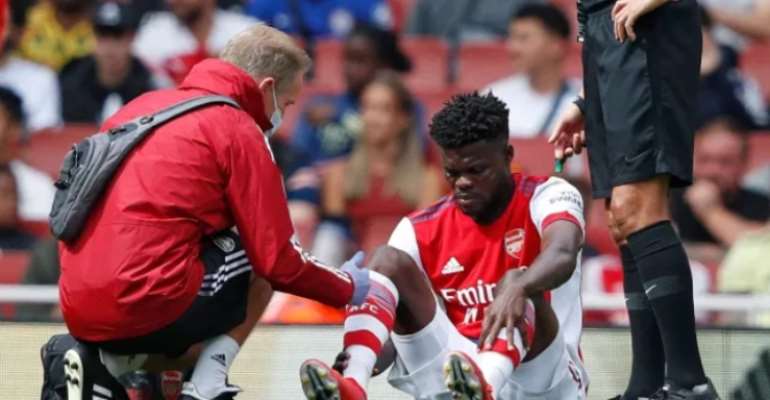 Thomas Partey was forced to come off on Sunday afternoon when he featured for Arsenal in a pre-season friendly match against fellow English Premier League club Chelsea.

The two London-based clubs are currently preparing for the start of the 2021/2022 football season.

With just a couple of weeks for the English Premier League to officially commence, Arsenal today engaged Chelsea in one of a few friendly matches lined up for the coming week.

Having started the game for the Gunners, Thomas Partey looked keen on enjoying a good game to build on his fitness and shape.

Unfortunately, he picked up an injury instead after a challenge from Ruben Loftus-Cheek and had to be substituted with five minutes to end the first half.

Although there is not much information, reports picked up indicate that there is a concern at Arsenal over whether he will be ready to go on the opening weekend of the Premier League.

In today’s friendly match, Chelsea carried the day with a 2-1 win courtesy of goals from attackers Kai Havertz and Tammy Abraham.

For Arsenal, it was substitute Granit Xhaka that netted the consolation goal for the side.