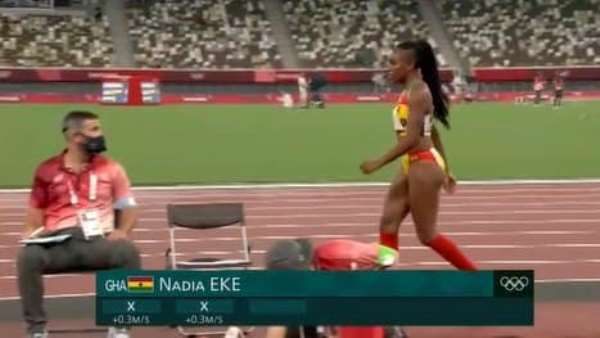 Italy based 16 years old female swimmer, Unilez Takyi finished in the eighth position in the heat fifth heat of the women’s 50m freestyle race in 27.85sat the Olympic Games Aquatic Center in Tokyo.

She was unsuccessful in all her three attempts.
The two events happened at the same time and Yours Truly was at the Aquatic Center to watch the swimming. I was not able to interview swimmer Unilez as she was not available.

Today, Saturday, July 31, 2021, Christian Amoah will do the 96kg weightlifting at the Tokyo International Forum, medal hopeful, Suleimanu Tetteh will also take on Cuban boxer at Kokukigan and in athletics, Benjamin Azamati will be on the tracks for 100 meters at the Tokyo Olympic stadium.