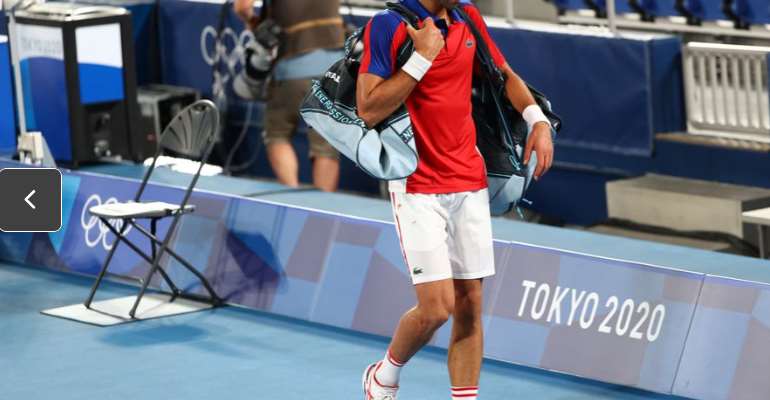 Novak Djokovic was beaten 1-6, 6-3, 6-1 by Germany's Alexander Zverev in the semi-finals of the men's singles at the Tokyo Olympic Games on Friday (July 30), dashing the Serb's dream of winning his first singles gold medal and completing a Golden Slam.

The 34-year-old, a 20-time Grand Slam singles champion, had been aiming to become the first man to win all four majors and Olympic gold in the same calendar year, matching the feat German Steffi Graf achieved in 1988.

Djokovic won the bronze at Beijing in 2008.