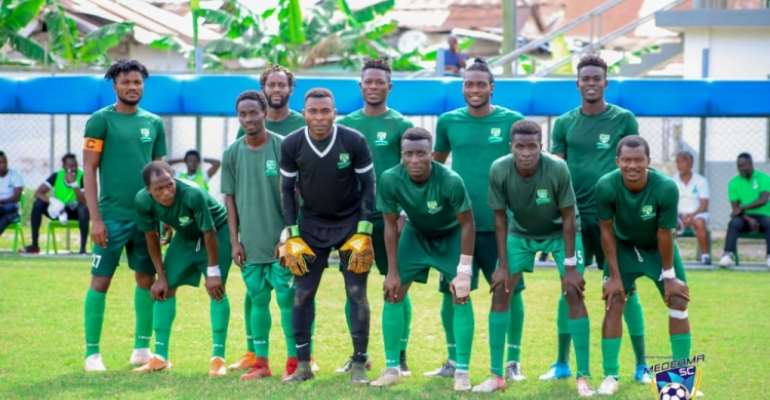 Team Manager of Elmina Sharks, Aboagye Yeboah has revealed players of the club were offered money to lose some of their matches in the just-ended campaign.

The allegation of match-fixing in the just-ended campaign has dominated the local and the international media.

The Ashgold and Inter Allies game which produced a 7-0 scoreline on the final day of the season is currently under investigation over allegations that the game was fixed according to Hashmin Musah of Allies.

Yeboah in an interview revealed that other clubs tried to influence their players but was much optimistic the players would reject it.

He stressed that they reported the case to the Ghana Football Association but had no response.

“Nobody can mention Elmina Sharks among teams that were influenced by betting," he told Elmina based Ahomka FM.

"I personally spoke to our (Club) President that certain teams have told our players to lose a game for $5,000 each and they (players) have told us.

“We wrote to GFA on 24th June 2021 when we were on our way to Berekum; that look this is the number, it is a German number and we wrote fully that we are ready to assist with what kind of investigation the FA needs.

"They replied that they are involving the Interpol and whatever. Till now GFA have not even written a dot to us.

“If today GFA should call me Aboagye Yeboah to come and assist in that issue I won’t go. Because we were willing and ready and we knew the loophole, we knew what was going on and they knew but they didn’t listen to us,” he added.

Elmina Sharks despite going through lots of difficulties managed to survive in the league after securing that crucial narrow win over, Asante Kotoko in the last day.

Also, the round stage was their last point in the MTN FA Cup having suffered elimination in the hands of Hearts of Oak who pipped them last week in Elmina.