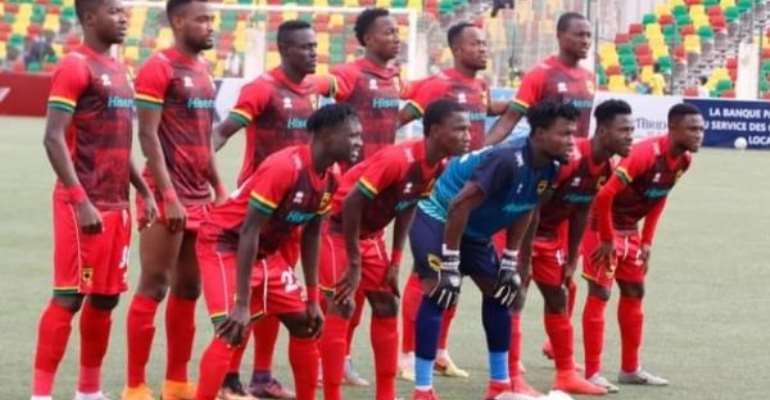 Ghanaian giants, Asante Kotoko have ended their campaign in the 2020/2021 football season without a trophy after being knocked out of the MTN FA Cup competition on Sunday afternoon.

The Kumasi-based club commenced the season with a lot of promise where they represented Ghana in the CAF Champions League.

Unfortunately, they were no match for the teams they faced and had to bow out early.

Forced to turn away from the CAF inter-club competition to focus on honours on the local scene, Asante Kotoko put up an impressive challenge for the Ghana Premier League title.

Unfortunately, the Porcupine Warriors were beaten to the enviable title by rivals Accra Hearts of Oak at the end of the season.

Left with just the MTN FA Cup title to fight for, Asante Kotoko set sight on clinching the title to ensure they get to play in Africa next season.

Today, the Reds faced Berekum Chelsea at the Len Clay Sports Stadium to battle for a win to progress to the semi-final stage.

Losing at the end of a nervy shootout after a goalless contest in 120 minutes, Asante Kotoko are disappointingly ending the 2020/2021 football season trophyless.

As a result, the team will neither compete in the CAF Champions League nor Confederations Cup competitions next season.