Relegated Players Likely To Be On The Move 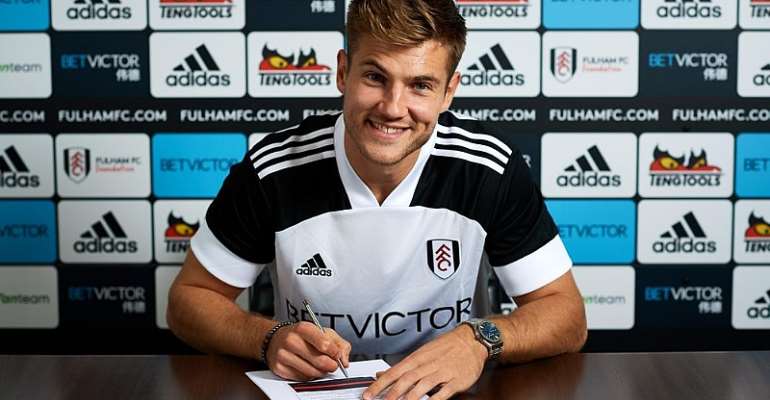 Following their relegation from the Premier League, Fulham, West Bromwich Albion, and Sheffield United are set to lose a number of their key players.

Top-flight clubs will be circling their players like vultures in search of a deal. As they prepare for life in the championship, these relegated teams will have to adjust to a reduced budget.

Let's take a look at some of the players that are likely to be on the move in the near future.

Last summer, the Danish centre-back joined Fulham on a season-long loan from Lyon. Joachim Andersen was one of Scott Parker's bright spots despite his club's relegation from the Premier League.

Andersen made 31 appearances for Fulham this season, impressing a number of Premier League clubs. With 1958 passes, he ranked 18th in the Premier League. He also helped his team keep nine clean sheets in the league.

Andersen is at ease on the ball and has excellent box anticipation.

Sander Berge is a strong defensive-minded midfielder who had a solid debut season with Sheffield United in the 2019-2020 season, but was limited to just 15 matches this season due to injury.

The 23-year-old Norwegian is best suited for playing as a double pivot, and his defensive awareness can aid teammates in becoming liberated.

Berge has been compared to Pierre-Emile Hojbjerg because of his all-action approach.

For his national team, he is a regular starter.He could do a lot better in a bigger team with better management and players.

Out of all the relegated players, the Brazilians will almost definitely attract the most attention this summer.

He was the star of West Bromwich Albion's promotion-winning season.

The Brazilian also created 11 clear-cut goalscoring chances. He averaged 29 passes per match with a pass completion rate of 80%.

Any club interested in signing the 25-year-old will almost certainly face stiff competition from other clubs, both domestically and internationally.

Sam Johnstone made 166 saves in the Premier League last season, making him the busiest goalkeeper in the league.

The former Manchester United man was a standout performer for Albion in the Championship, and he took his game to the next level in the 2020-21 season, wiggling his way into the England squad as well.

He won both the West Brom Player of the Year and Players' Player of the Season awards at the end of the season, and he was called up to the England national team for the Euros.

Police beef-up security at traffic intersections over daylig...
45 minutes ago