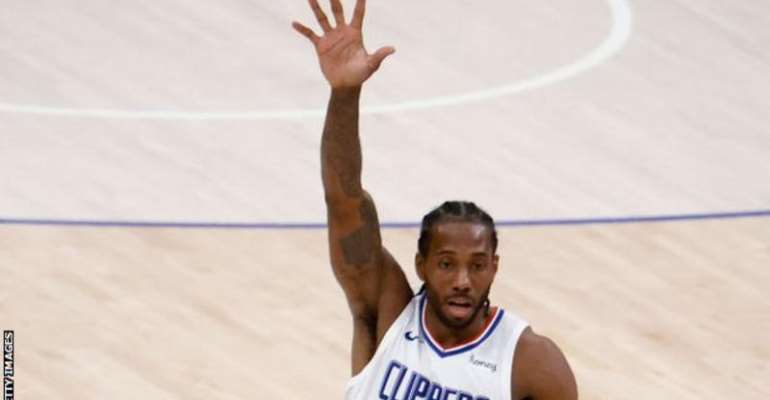 Reggie Jackson added 25 points as the visitors tied the series 3-3 on Friday.

Paul George scored 20 points with 13 rebounds as the Clippers trailed by seven points in the third quarter.

For the first time in NBA play-off history, all six games in this series have been won by the away team.

Luka Doncic scored 29 points with 11 assists for the Mavericks, who will get their second chance to progress on Sunday in Los Angeles.

Dallas will also be hoping to avenge their first-round defeat by the Clippers in last season's play-offs.