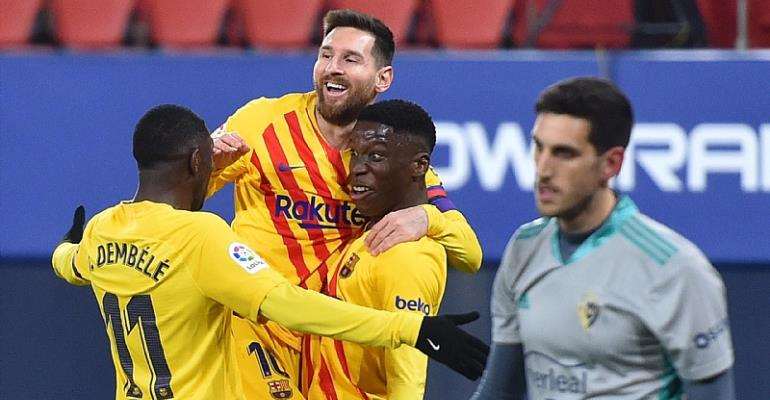 Lionel Messi put on a show on Saturday night to inspire Barcelona to defeat Osasuna 2-0 at the Estadio El Sadar in the Spanish La Liga.

The world football icon today started for the Catalan side as the team gears up for the trip to France for the second leg of the Round 16 tie of this season’s Uefa Champions League competition.

Playing alongside Antoine Griezman in the Barcelona attack, Messi stepped up on the gas with his influence ensuring that the team bagged the maximum points to pile pressure on La Liga leaders Atletico Madrid.

On the matchday, the Argentine assisted Jordi Alba to score in the 30th minute before going on to set up a goal for Ilaix Moriba in the 83rd minute.

For his outstanding display of form, Lionel Messi finished the encounter against Osasuna as the top-rated player amongst all the players that featured for both teams according to detailed statistics provided by SofaScore. 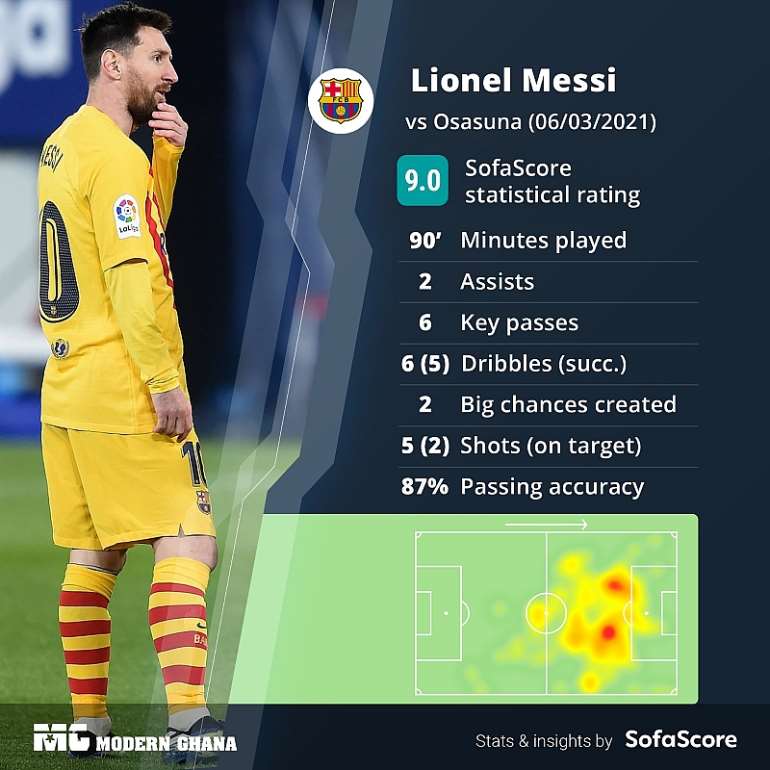 With his 26th appearances for Barcelona in the Spanish La Liga this season, Messi now has 19 goals and 6 assists to his name.

The Spanish giants will hope he is in an electrifying form on Wednesday night when they take on PSG at the Parc des Princes.