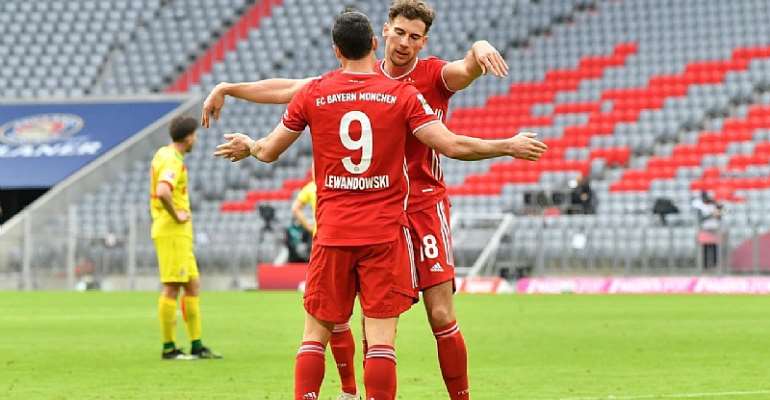 A routine victory took Bayern Munich five points clear at the top of the Bundesliga as they dispatched FC Cologne 5-1 at the Allianz Arena.

Goals from Eric Choupo-Moting and two from Robert Lewandowski and Serge Gnabry either side of an Ellyas Sbhiri dink were enough to seal the points on what turned out to be a straightforward encounter for the reigning champions.

There was an early spell in the second half when Sbhiri took advantage of some kamikaze defending to fire the Billygoats back into contention, but the visitors failed to capitalise on their momentum, finally falling to Lewandowski at the double.

Bayern were in control throughout but were still shaky at the back. Numerous mistakes crept in when trying to play out from the back and Manuel Neuer misjudged a pass back. Substitute Dominick Drexler hit the post from a tight angle.

Super-sub Serge Gnabry would return from a hamstring injury to slot home a Lucas Hernandez cut back to make it four.

Leon Goretzka forced a world-class save from Timo Horn with a thunderous half volley, but the points were already secured as Gnabry added another late on with a close-range header to cap off an important win.