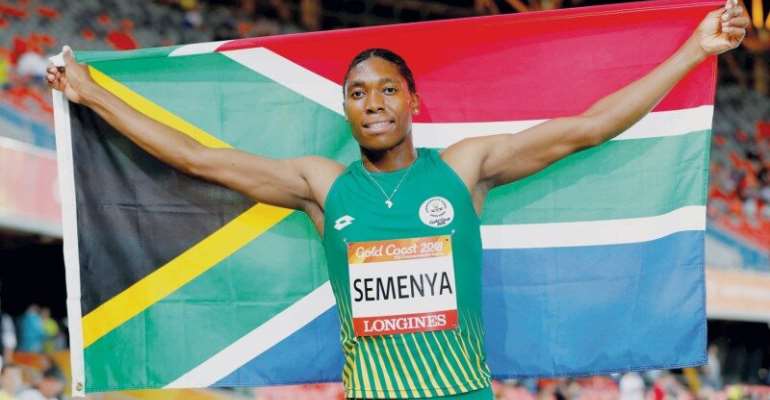 Olympic 800m champion Caster Semenya will appeal to the European Court of Human Rights against the restriction of testosterone levels in female runners.

Semenya is not allowed to compete in events between 400m and a mile without taking testosterone-reducing drugs, following a 2019 rule change by governing body World Athletics.

The 30-year-old South African lost an appeal to Switzerland's Federal Supreme Court in September but still harbours hopes of defending her Olympic title in Tokyo this year.

"All we ask is to be allowed to run free, for once and for all, as the strong and fearless women we are and have always been," she said.

Her lawyers will argue Switzerland failed in its obligations to protect against the violation of her rights.

Athletics' governing body brought in a rule that athletes with differences of sexual development (DSD) must either take medication in order to compete in track events from 400m to the mile, or change to another distance.

Athletes with DSD have higher levels of natural testosterone, which World Athletics believes gives them a competitive advantage.

The Court of Arbitration for Sport rejected a Semenya challenge against the rule in 2019.

The Swiss Supreme Court then temporarily suspended the ruling, before later reversing its decision.

It meant Semenya, who won Olympic gold in the 800m in both 2012 and 2016, missed the chance to defend her world 800m title in Doha, having failed in her bid to prevent the governing body's rule change.

In a statement after the Swiss ruling in September, World Athletics said: "For the last five years World Athletics has fought for and defended equal rights and opportunities for all women and girls in our sport today and in the future.

"We, therefore, welcome today's decision by the Swiss Federal Tribunal to uphold our DSD regulations as a legitimate and proportionate means of protecting the right of all female athletes to participate in our sport on fair and meaningful terms."

The Swiss Supreme Court said: "Fairness in sport is a legitimate concern and forms a central principle of sporting competition. It is one of the pillars on which competition is based."

In March 2020, Semenya said she wants to run in the 200m in Tokyo, a distance for which she would not need to take medication.

To be able to compete, she would have to run a qualifying time of 22.80 seconds, although her current best is 23.49secs.

A statement from Semenya's lawyers Norton Rose Fulbright on Thursday said: "Whilst the timeline of the application remains to be determined by the court, Caster remains ever hopeful that she will soon be allowed to return to the starting line in the 800m at international competitions."