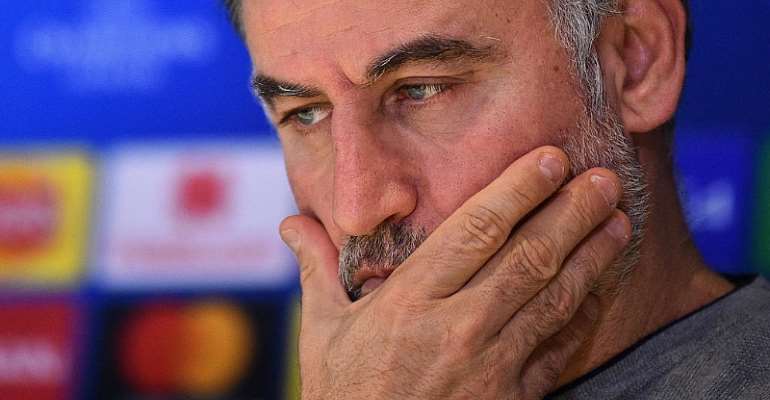 Lille boss Christophe Galtier vowed his players would give their all on Thursday night in their quest for the Europa League trophy.

The French Ligue 1 leaders host Ajax, the Eredivise pacesetters, at the Stade Pierre Mauroy in the first leg of their last 32 tie.

Ajax, with a game in hand, boast a six point cushion over PSV Eindhoven while Lille are just one point ahead of Paris Saint-Germain who have garnered the plaudits this week following Tuesday night's  4-1 annihilation of Barcelona on Tuesday night in the first leg of the Champions League last-16.

While battling PSG, Lyon and Monaco for the French championship, Lille are, like PSG, fighting on a third front in the shape of the Coupe de France.

“We're in a good period and we will do out utmost to qualify for the next round of the Europa League," said Galtier.

"And if we have the luck to advance, we will do our best again to move into the next round.”

Surge
Ajax wowed the partisans as well as the neutrals with their dazzling run to the semi-finals in 2019 when they dispatched holders Real Madrid in the last 16 and Juventus in the quarter-finals.

They eventually fell to Mauricio Pochettino's swashbuckling Tottenham Hotspur side.

Several of Ajax's stars from that campaign such as Frenkie de Jong, Matthijs de Ligt and Hakim Ziyech have departed for Barcelona, Juventus and Chelsea. Goalkeeper André Onana remains but is suspended for Thursday night's tie after a failed doping test.

“The profiles of the two teams lead me to think that it will be an open game,” said Galtier. “Ajax is focused on offensive play and they put a lot of aggressiveness into getting the ball back when they lose it,.

“You have to get out of this pressing because behind it there can be gaps.”

“It wasn't such an easy match at home,” Ten Hag recalled. "The 3-0 scoreline flattered us a bit. We deserved the 2-0 win in Lille though because our system caused them a lot of trouble.

“Lille has become a more united team,” he added. “The coach has been able to keep the same players and keep his ability to counter-attack. I see few differences in the level between the two teams. It will be very close."