Morocco's Fouzi Lekjaa, a visionary steered by a three-pronged approach 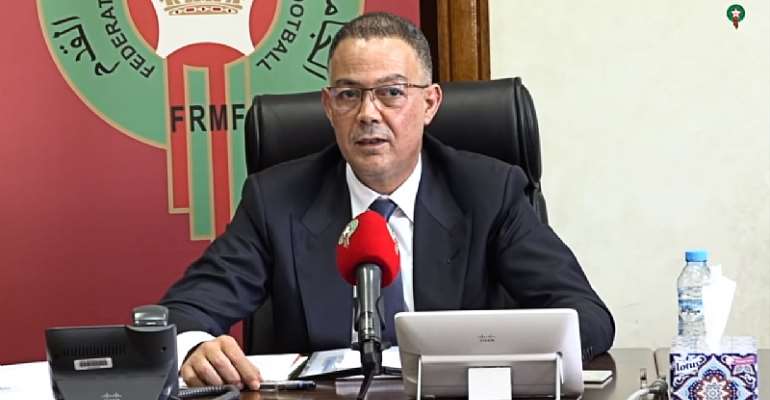 But Lekjaa, the man at the helm of Morocco’s on the rise game, cut his football administrative teeth at RS Berkane, located in the north-eastern part of the Kingdom.

When the 50-year-old administrator started out at RS Berkane in 2009, they were a mere third division side and no one dreamt of witnessing them lift a continental club title.

But the far-sighted Lekjaa knew anything was possible. He, however, understood nothing would happen overnight.

In his sharp-witted mind, he had a three-pronged ‘line of attack’ that could easily set the club on the pedestal. He had to ensure the club had excellent infrastructure, an efficient governance system and financial stability.

And so, he set out on this taxing journey with his eyes fixed on the bigger picture. It all had to come together.

As the colossal vision began to unfold, RS Berkane moved from a modest third division club to a major topflight side fighting for the domestic and continental titles.

Fast-forward, the club is now among the top 10 African clubs, according to the latest CAF club ranking.

RS Berkane now boasts of one of the best training centres in the country.

Buoyed by his club success, in 2014 he took the next step in his administrative journey, assuming the position of president of the Royal Moroccan Football Federation (FRMF).

Again, Lekjaa set up an ambitious sports policy based on three pillars.

Yet again, the focus was on the development of infrastructure, this time across the North African country.

“We have more than 200 facilities with synthetic turf, we have about 20 stadiums with natural grass and lighting, we are at a dozen training centres of clubs that meet all the requirements, we have five regional centres, and we ran all this with the Mohammed VI Football Complex, one of the best centres in the world that meets all standards,” Lekjaa said in an interview.

Governance of clubs was also put at the forefront. Over the years, clubs have had to become public limited companies, placed under the supervision of the National Control and Management Directorate.

In return, the FRMF provides each first division club with an annual grant of approximately 600,000 euros. Clubs participating in continental competitions receive financial assistance from the federation for travel and accommodation.

Most importantly, he directed a lot of focus to youth development in a bid to unearth the country’s next football gemstones. But it would be done in a unique manner, with education not neglected.

“Pursuing sport and studies is important. The girl or boy who plays soccer should be given the opportunity to continue his or her studies. “Even when he or she is not a good student, he or she is converted to vocational training to learn a trade. The young people are therefore armed with a diploma to be able to integrate another field of activity,” he said.

Interestingly, in the six years Lekjaa has been in charge, a lot of results has been realised culminating from his three-pronged approach.

In 2020, Morocco made history when four of its teams involved in the Champions League and the CAF Confederation Cup qualified for the semi-finals. Eventually, RS Berkane lifted the Confederation Cup.

Prior to Lekjaa’s tenure, the Atlas Lions had not made it through the first round of the Africa Cup of Nations (AFCON) since 2004. But the team qualified went as far as the quarterfinals in 2017 and went past the second round in 2019.

In addition, Morocco managed to qualify for the 2018 World Cup in Russia, 20 years after its last participation. The same year, its home-based players were crowned CHAN champions as well as the Futsal national team in 2020.

As if that was not enough, the country’s Under 20 national team managed to qualify for the Africa Cup of Nations at Under 20 level. This comes after a 15-year absence from the tournament, which will be held in Mauritania next month.

The women’s game has not been left to trail behind. The North African country has made major strides in women’s soccer after launching a professional ladies’.

The budget for the ladies’ game is a substantial 5.8 million euros.

The 2020/2021 season is the first professional edition where both the national women’s first and second division championships will run concurrently, a major milestone in the game.

Female players have guaranteed minimum wages just like their male counterparts and a mandatory professional contract, while clubs must have a full technical staff with professional licenses.

Morocco’s Atlas Lionesses are now under the tutelage of former Lyon coach Reynald Pedros, a two-time winner of the UEFA Champions League.

Under Lekjaa, Morocco also became the first African country to use video assistance (VAR) for its first and second division championship matches.

A CAF vice-president and a member of the FIFA Governance Committee, the veteran administrator will look to take his skills to the FIFA Council in the March 2021 elections.

Undoubtedly, he has a clear vision for the African game, consistent with the strategy he has implemented successfully in the Moroccan game.

“We can have a Marshall Plan in all countries, starting where the challenge is huge. The experience is there, we can do great things in two years, and with financing that we can get and pay back over time, over a period of 20-30 years from grants we could do a lot.

“I will continue to advocate for this. FIFA can take money out on the market at zero interest rates, and CAF, by taking care of its image, management and governance, could also do so under almost the same conditions.”

Lekjaa believes CAF needs to strengthen its governance mechanisms. “CAF as an institution needs to strengthen its managerial capacities, to put in place real management procedures based on the achievement of objectives, transparency and clarity of procedures. This is necessary. If we manage to improve our capacity to invest in infrastructure to keep the added value and export it by negotiating a share of return, and if we manage to reform our management and governance, these reforms together will allow African soccer not only to compete but to make a giant step forward in terms of positioning internationally, because the talent is there, the youth exist and the potential is huge.

We will have the right at that time to dream of an African national team in the World Cup final, and we can close the gap significantly.

“CAF must streamline, and this concerns all aspects of governance, legal, digitalization, control, audit, good management and transparency, it is fundamental for an institution like CAF. This does not mean that today there is nothing, but CAF has unfortunately suffered too long because of stagnation. Therefore, it is necessary to make a huge qualitative leap. The idea is to find the means, the procedures to make this leap without deep fractures.”

The FRMF boss has proven a promoter of greater cooperation between African countries, having signed more than 40 partnership agreements with other African federations.

He is convinced the success of African soccer can only be collective and advocates the pooling of efforts.

“We have allowed African national teams to come at the time they wish to spend internships and take advantage of technological developments and performance that exists at the Mohammed VI Complex because in any case the success at the level of our continent can only be collective and the evolution can only be collective.” 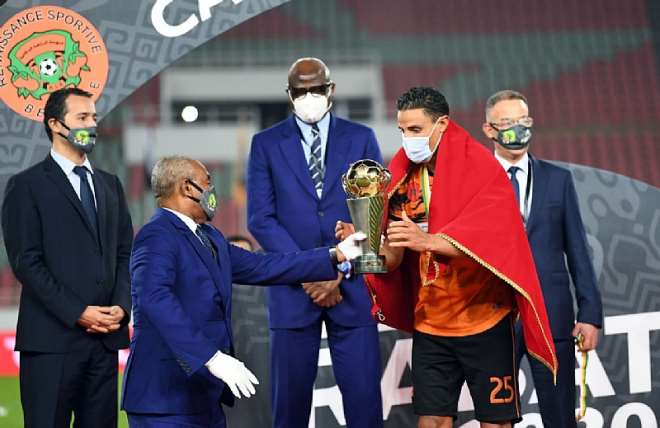 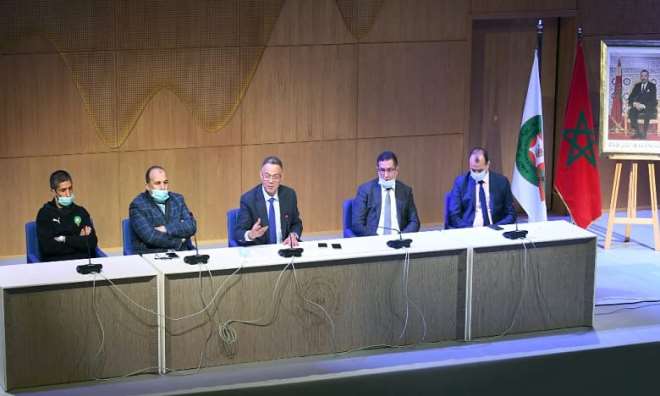 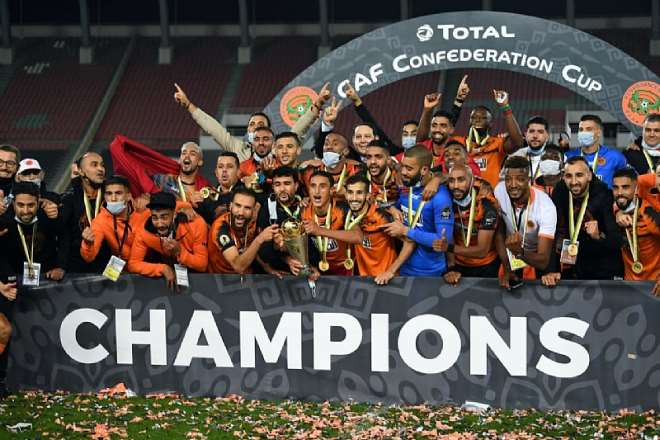 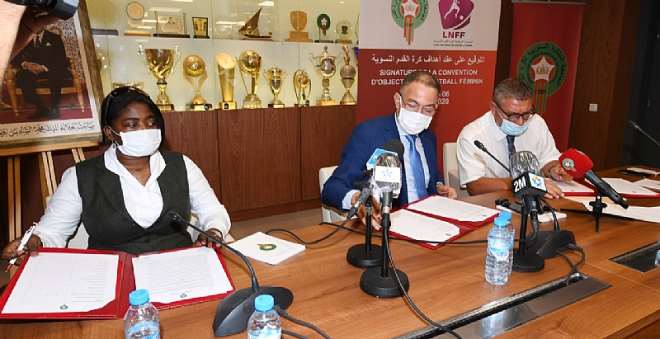 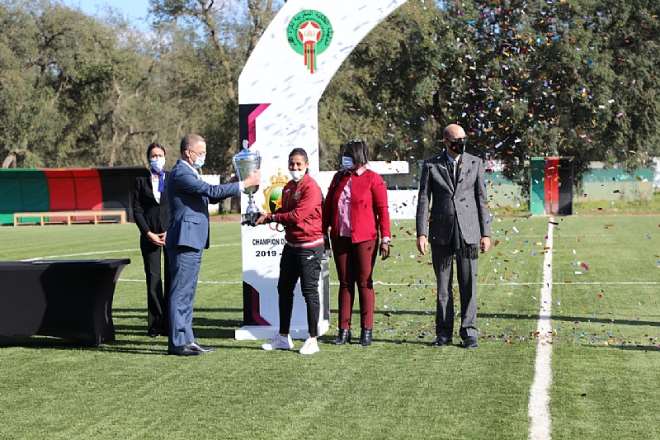