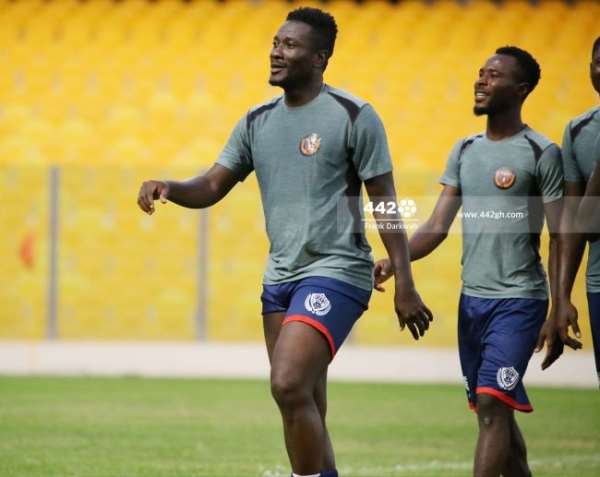 The former Sunderland and Al Ain striker shared a locker room video on his Instagram page yesterday which shows his jama moment with fellow Legon Cities FC players and Black Stars’ Jonathan Mensah after his team’s win over Ashanti Gold on Friday night.

He captioned the video: “I had to do some small jama with the guys @legoncitiesfc after our big win yesterday. @jomens25 also came to greet the guys and also decided to join the fun cos he knows what Babyjet can do. Congratulations guys. We move to the next.”

The video drew a lot of positive comments and praises but one of his followers dropped a comment which didn’t go down well with him.

However, Desmond Kofi Decker, who is a former Class FM sports producer and a follower of Gyan on Instagram asked whether he [Asamoah Gyan] was signed for jama or football games.

“Ah, was Asamoah Gyan signed for jama or football games,” the follower asked.

He had a swift, sharp clap-back full of unsavoury words.

“The people you follow are even plenty than your followers. Kwasia like that. You only go on people who have made it on life to write negative comments. Yes, because your life is negative, that’s why you are frustrated. Aboa,” he fired back.

However, Decker in a video on his Facebook page said his intention was never to insult Gyan and must manager his anger issue.

He further urged Gyan to focus and deliver on his task at Legon Cities.