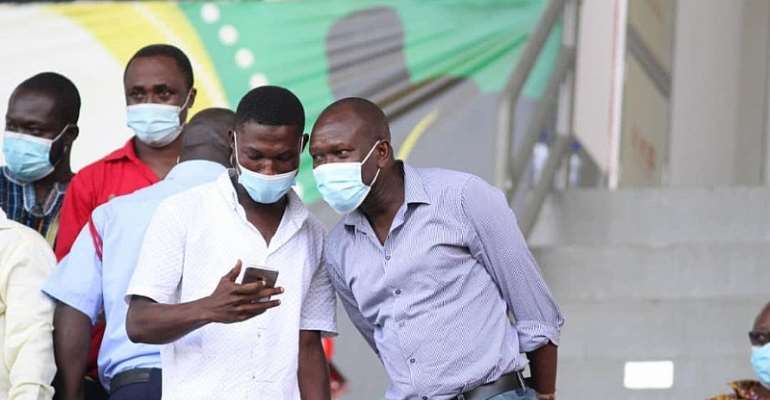 The head coach for the Black Stars of Ghana, CK Akonnor on Wednesday afternoon continued his monitoring of local players when he paid a visit to the Cape Coast Stadium to watch Asante Kotoko take on Ebusua Dwarfs.

The gaffer appointed in January 2020 has been tasked by the Ghana Football Association (GFA) to ensure the team qualifies for the next AFCON and FIFA World Cup tournaments.

As Coach Akonnor plans ahead of qualification matches to the two tournaments, he has decided to keep a close eye on players plying their trade in the Ghana Premier League and the other lower-tier league.

Today, the gaffer made a stop at the Cape Coast Stadium to watch the game between Ebusua Dwarfs and Asante Kotoko.

In a game that saw the Porcupine Warriors claiming a 1-0 win at the end of the 90 minutes, coach CK Akonnor looked impressed with players from both teams performing well.

Just like in recent weeks, the coach is expected to continue making appearances at match venues in the Ghana Premier League to monitor local players.