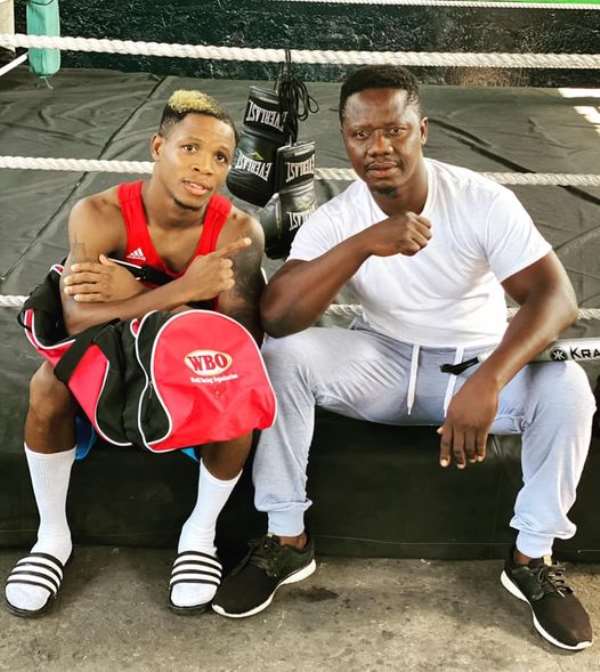 World rated bantamweight boxer, Duke Micah who lost the opportunity to become a world champion when he was knocked out by Philippine, Reid John Casimero last year has returned to the James Town-based Bronx Gym, managed by Coach Carl Lokko.

In an exclusive chat with Micah, he said boxing has taught him many things in life, and he regrets taking some decisions in the past which did not help him.

He advised young boxers not to rush into big fights, but train well and prepare adequately before engaging in championships.

He also appealed to the government to invest in boxing by supporting amateur boxing because they fight for the nation and represent Ghana at international games like the Olympics and Commonwealth Games.

He said he has apologized to his best trainer, Carl Lokko over whatever occurred in the past and they are now together hoping for a better future.

Micah who has lost only once in his career promised to come back, and go for another shot at the world title.

“I am quite young, I know I can make it better and bigger in the future, I hope to make amends and train harder to become a world champion,” he said.

He also said the Bronx Gym is capable of producing more champions for Ghana, as they possess some rising stars like. He commended the two national champions, Felix Ajom (super featherweight) and John Laryea (featherweight) and urged them to be focused and obey the instructions of the coaches always.