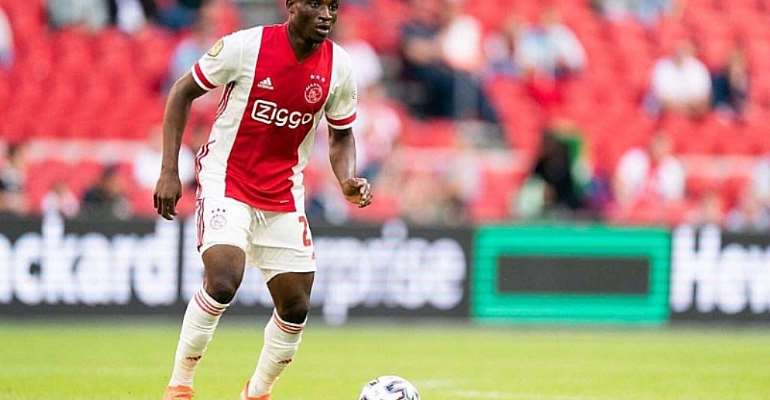 Ghana international Mohammed Kudus featured for Ajax on Sunday evening in the team’s 2-2 draw against PSV after recovering the injury he suffered last year.

In October 2020, the Black Stars asset sustained a meniscus injury while marking his debut in the Uefa Champions League.

After subsequent assessment by the medical team of Ajax Amsterdam, Mohammed Kudus was ruled out of action for three months and scheduled to recover in 2021.

Having stayed on the sidelines in the last few months, the former FC Nordsjaelland poster boy has today returned to action.

In a game against PSV at the Johan Cryuff Arena, Mohammed Kudus was introduced in the 79th minute to replace winger Quincy Promes.

Tasked to help Ajax push for a winning goal against the opponent, the youngster impressed with his touches but his team could not find that equalizer.

At the end of the 90 minutes, a brace from PSV attacker Eran Zahavi was canceled by goals from Quincy Promes and Antony to earn a draw for Ajax.

Now back to full fitness, Mohammed Kudus will in upcoming Ajax matches continue to enjoy minutes as a substitute until he is ready to start matches.