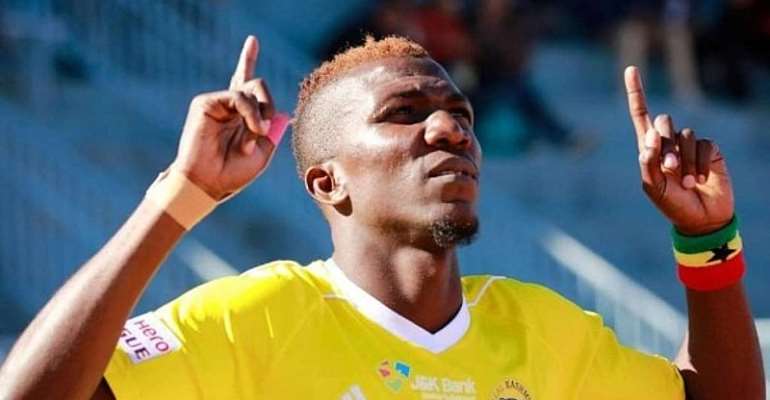 Striker Abednego Tetteh scored to hand Hearts of Oak a 1-0 win over Elmina Sharks on Thursday morning when the two teams locked horns in a friendly match.

The two Ghana Premier League outfits are preparing for the start of the 2020/2021 football season and decided to engage in a pre-season friendly match today.

In a game at the Glow Lamp Academy where both teams appeared strong, just one goal was scored with the second half proving very interesting with good overall play from both teams.

At the end of the 90 minutes, a penalty kick converted by striker Abednego Tetteh in the 35th minute has seen Hearts of Oak cruising to a 1-0 win over the Elmina-based club.

The victory is a major boost for the Phobians after displaying unconvincing form in the previous matches they have played in pre-season.

The team is set to return to Accra this weekend and will play a couple of friendlies before the opening weekend of the new football season.