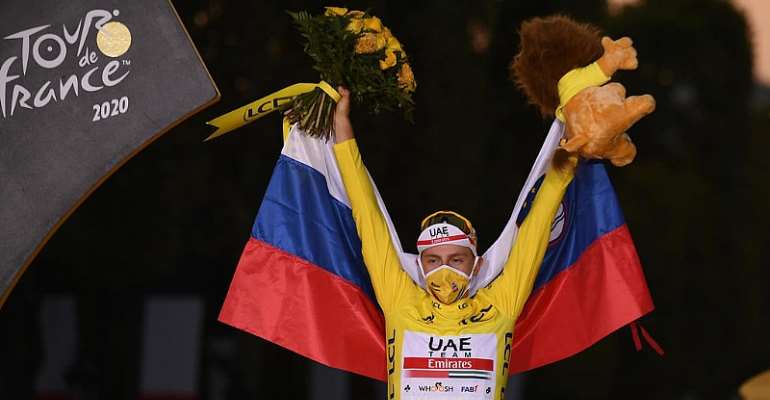 Just six weeks after Tadej Pogacar was crowned 2020 Tour de France champion, organisers of the world's most prestigious cycling race have unveiled the route for the 2021 trail which features two gruelling ascents of Mont Ventoux and longer climbs in the mountains.

Known as 'the Giant of Provence', riders will first tackle Mont Ventoux in a 25km five-percent gradient climb and eventually wind up an eight percent gradient for 15.7km.

That challenge awaits on stage 11 nearly two weeks after the 187km Grand Depart on 26 June between Brest and Landerneau in Brittany.

Pogacar seized control of the 2020 Tour during the only time trial between Lure and La Planche des Belles Filles. Until then his Slovenian compatriot, Primoz Roglic, had led the race for 11 stages.

Pogacar, at 21, went on to become the youngest winner of the race since the end of the second world war.

Time trials
There will be two individual time trials during the 2021 edition. The first - over 27 km - comes in stage five between Changé and Laval Espace Mayenne. The 31km second time trial will take in the vineyards outside Bordeaux in south-western France on 20 July.

That penultimate stage could well determine the ultimate victor.

"It's hard to draw conclusions from last season even with the astonishing performances of some younger riders,” said race director Christian Prudhomme, who missed a week of the 2020 event after testing positive for the coronavirus.

While the pandemic forced the postponement of the 2020 race from June to August, the 2021 Tour de France has been brought forward by a week to avoid clashing with the postponed Tokyo Olympics.

The originally scheduled Copenhagen Grand Depart was cancelled to accommodate football's European Championships which should have taken place in the summer of 2020.

"We have tried to vary the thing to the maximum, “ added Prudhomme. “There's no dogma but we went for maximum change, taking into account the switch from Copenhagen and all the coronavirus effects.”