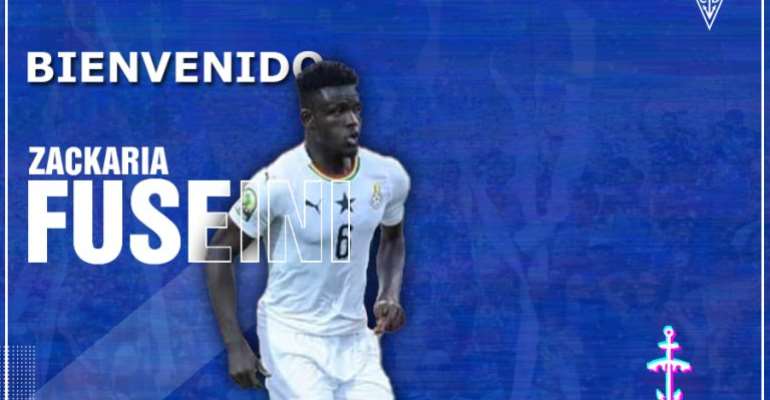 Last Monday, the Berekum Chelsea defender arrived in Spain to complete talks to sign a deal with the Spanish Segunda outfit.

On the back of fruitful talks, San Fernando CD has announced that the deal to sign the Ghanaian has been completed.

“San Fernando CD and footballer Zackaria Fuseini (Accra, Ghana, 03/12/1998) have reached an agreement for the 22-year-old footballer to defend the Azulina elastic next season”, an official club statement has said.

Zackaria Fuseini in the past year has significantly developed his game and expected to continue to grow during his stay in Spain.

During the 2019/2020 football season, the centre-back played 15 matches in the Ghana Premier League before the campaign was suspended and subsequently canceled as a result of the Coronavirus pandemic.