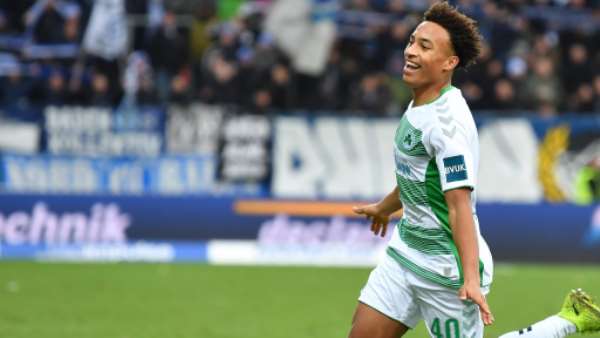 Head coach for the male senior national team of Ghana, Charles Kwablan Akonnor has handed a maiden invite to German-born forward Jamie Leweling ahead of his team’s return to action in the qualifiers to the next Africa Cup of Nations (AFCON) tournament.

Coach Akonnor and his technical team were appointed earlier this year in January and tasked to ensure the Black Stars secure qualification to the 2021 AFCON tournament.

Nine months on, the tactician is now set to take charge of his first official match in the qualifiers to the next AFCON.

Ahead of the games, Coach Akonnor has today named a 23-man squad that he will be relying on to get the job done.

In the team, the gaffer has handed a debut call-up to Greuther Furth teenager Jamie Leweling. It is understood that the invite was made on the back of a recommendation from GFA technical director Bernard Lippert.

Although born in Nürnberg, the attacker is of Ghanaian descent and hence eligible to represent the West African country.