I Am Not Surprised With Thomas Partey’s Progression, Says Ex-Club Coach 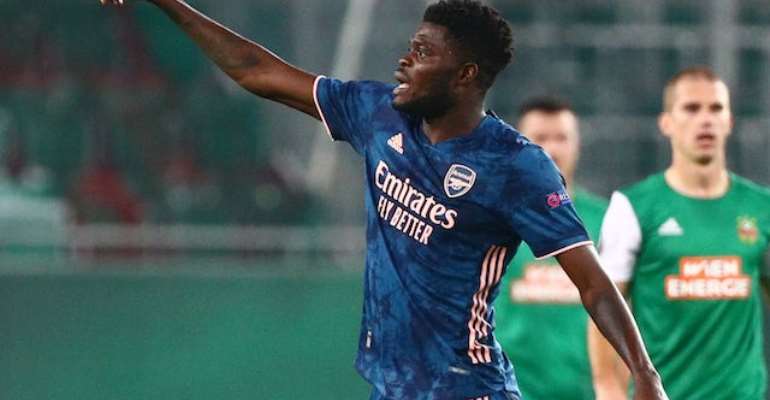 Partey played under Lokko at Tema Youth FC before leaving to join Atletico Madrid on loan in 2011.

The Black Stars deputy captain joined Arsenal this summer on transfer deadline day and has been impressive in his two matches he has played for the club.

And according to the Inter Allies trainer, he expected Partey to play at the highest level and not surprised with his move to the Premier League side.

‘Thomas is kind-hearted. He is not the type to get angry,” he told The Mail.

“Very focussed. A good listener. He always wants to learn more. And he will not relent on something until he has able to do it.

“Now he has. He is now the Thomas that I expected,” he added.

Partey joined the Gunners in a deal worth 45 million pounds.