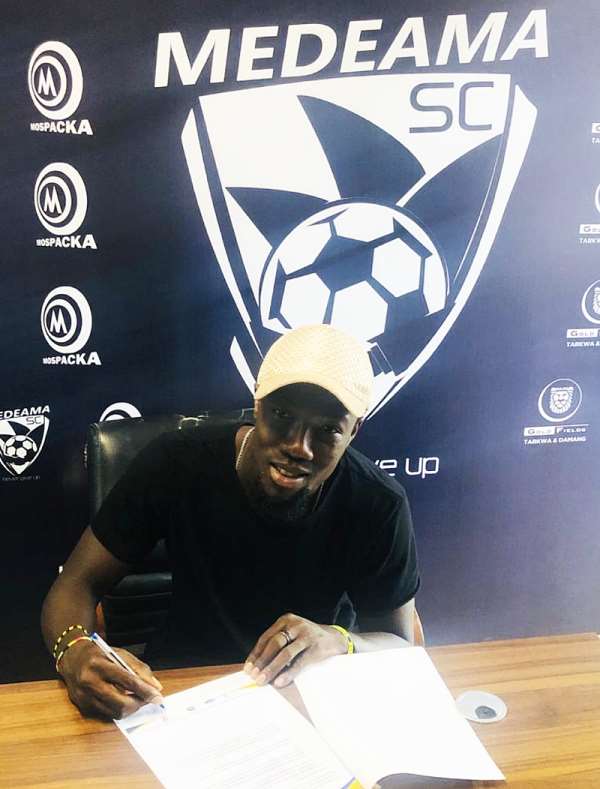 The Tarkwa-based club last season performed well and was in the run to win the Premier League title before the campaign had to be suspended and subsequently canceled as a result of the Coronavirus pandemic.

To parade a strong squad for the 2020/2021 football season, Medeama SC has today secured the services of former striker Abass Mohammed.

“Medeama Sporting Club have completed the signing of striker Abass Mohammed on a free transfer.

“Abass has signed a two-year deal with the Mauve and Yellows to complete his return to Tarkwa.

“The striker is staging his second coming to the club after spending three seasons between 2014-2017”, an official club statement has said this afternoon.

Abass Mohammed featured prominently for Medeama SC during the group stage of the CAF Confederation Cup in 2016.