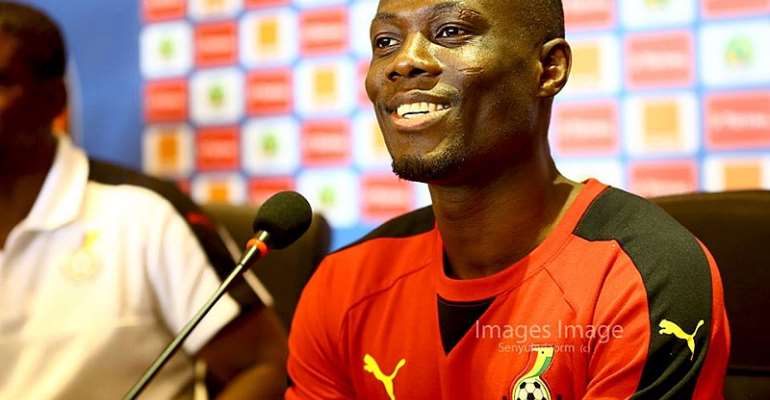 Midfielder Emmanuel Agyemang Badu says he is hoping to return to Asante Kotoko to work as a manager stressing that he has unfinished business with the club.

Badu joined the Porcupine Warriors on a loan deal from Berekum Chelsea during the 2007/08 season, scoring 2 goals in 18 games.

The 29-year-old played a part in the club’s league triumph that season before departing for Spanish side Recreativo Huelva in 2009.

In expressing his satisfaction on the progress by the new Kotoko management, Badu revealed his plans to work again for the club.

“I have always been saying that I have unfinished business at Kotoko. That’s either I will rejoin the team as a player or take up a managerial position,” the Hellas Verona midfielder told Hello FM.

“I have been monitoring them. The CEO is someone I chat with and Maxwell Konadu too I have worked with him before.

“We [Kotoko] have a solid coach. The CEO has experience in the game and I know what he can do. I have been reading about them and I think they are having a good preparation,” Badu added.

Under a new management led by Nana Yaw Amponsah, the Porcupines have secured partnerships with kit company Errea, VEO technologies and Adonko Next Level.