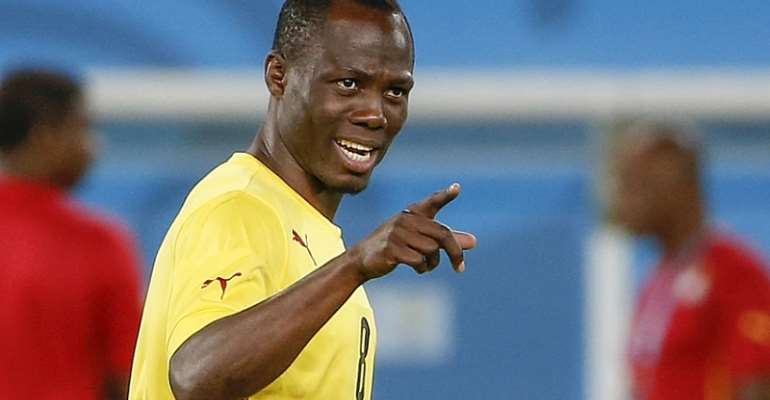 Badu, after winning the Fifa U-20 World Cup in 2009 with the Black Satellites, became a constant feature in the Black Stars and was part of the team that played in the 2015 finals.

According to him, Akonnor is new in the dugout of the Black Stars and should be supported to succeed.

“I watched the Mali game and we saw an improved game in the second friendly," he told Kumasi based Hello FM. "He’s a new coach and because it’s a national team, he can’t get much time to assess the players well.

“It’s not like a club side where coaches train with the team all the time.

“I know he has gotten a fair idea about all the players after playing the two friendlies and will know those he should call for the Sudan game.

“We should all support him to qualify the country.

“But we play the qualifiers with African countries and that’s where our concentration should be.”

“Mali has always been tough but I know he has gotten to know the players and those who can help him for the qualifiers.

“I am 100 percent positive that he will help the country to break the long trophy drought,” he added.

The former Asante Kotoko midfielder's career at Hella Verona has not gone as expected due to injuries.

However, Ghana will play Sudan next in a doubleheader qualifier for the 2022 Africa Cup of Nations [Afcon].