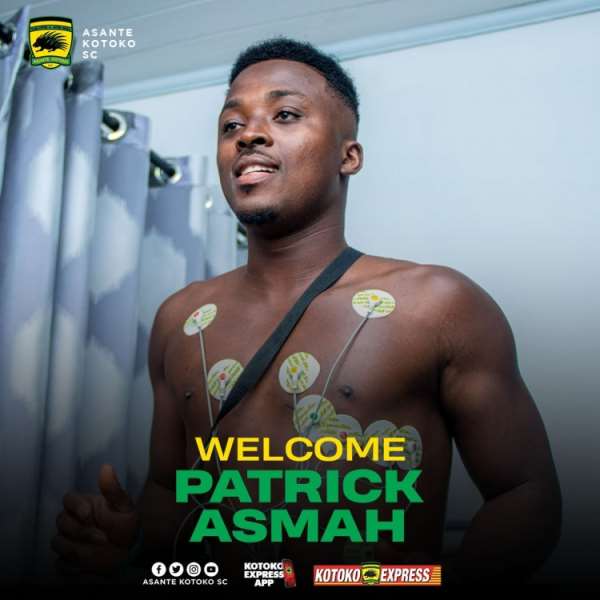 The former Ghana U-20 star signed a three-year deal with the Kumasi-based club after passing a mandatory medical test on Saturday afternoon.

Asmah has been unattached after his contract with Atalanta BC had expired in July 2019.

The 24 year old joined Atalanta BC in 2016 from Ghanaian second-tier club B.A United for an undisclosed but was loaned out to US Avellino, US Salernitana and Slovakian Fortuna Liga club FK Senica.

He was released by Atalanta BC after his loan spell at FK Senica, where he scored three times with five assists in 25 matches.

Asmah was a member of the Black Satellites squad that represented Ghana at the FIFA U20 World Cup in New Zealand in 2015.

Kotoko are beefing up their squad for the 2020/21 Caf Champions League and Ghana Premier League.