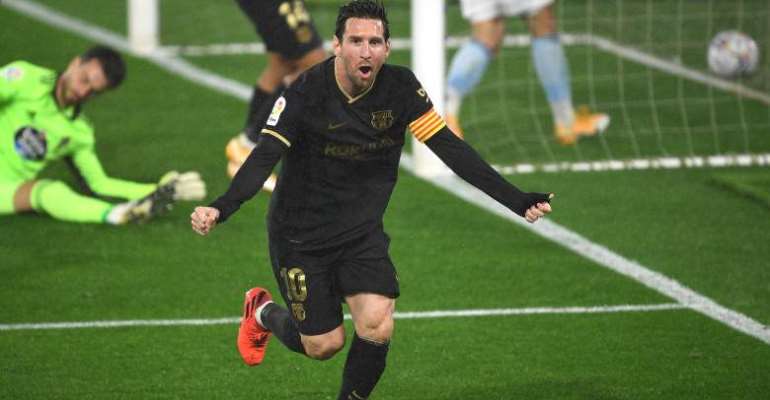 Barcelona's new double-act delivered again as Lionel Messi and Ansu Fati led them to a 3-0 victory over Celta Vigo in LaLiga on Thursday, despite Clement Lenglet being sent off in the first half.

After scoring twice in Barca's opening game of the season, Fati fired in early again at a blustery Balaidos, only for Lenglet to collect a second yellow card in the 42nd minute for pulling back Denis Suarez.

But even down to 10, Ronald Koeman's side were undeterred and Messi made the lead more comfortable shortly after halftime, his weaving run and shot diverted in for an own-goal by Lucas Olaza.

Celta hit the crossbar but never really threatened a comeback and when the ball spilt loose after another Messi dash in injury-time, Sergi Roberto made sure of the points.