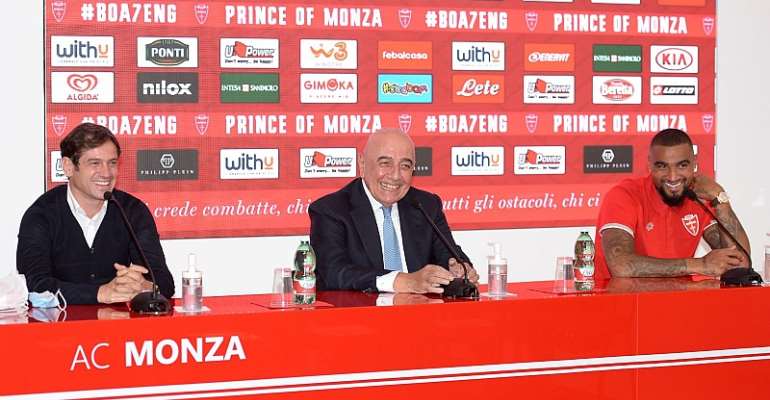 Boateng joined the club after he was declared surplus to requirements at Fiorentina.

The club which is owned by former AC Milan patron Silvio Berlusconi.

He has also reunited with former Milan coach Cristian Brocchi, who is now at the helm for Monza.