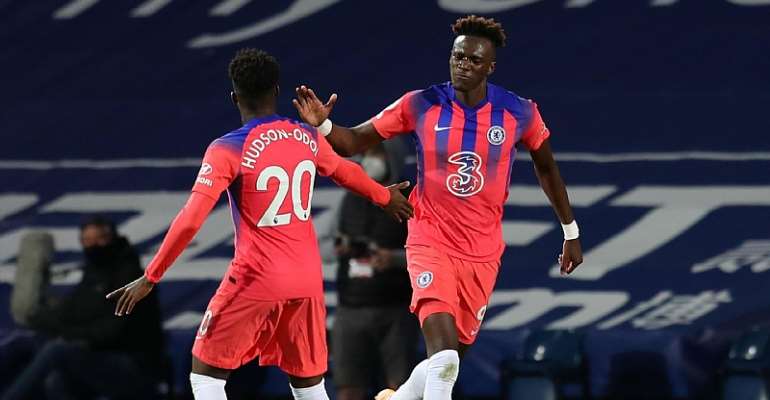 Newly-promoted West Brom were denied a stunning victory over a disjointed Chelsea after Tammy Abraham rescued a dramatic point for Frank Lampard’s side.

The new-look Blues - comfortably beaten by Liverpool last week - were in self-destruct mode in the first half as they found themselves three goals down at half-time.

The Baggies raced into the lead in the fourth minute, with Matheus Pereira pouncing after a mistake from Marcos Alonso in the middle and Callum Robinson capitalised with a ruthless finish from a tight angle, beating Willy Caballero, who started ahead of Kepa Arrizabalaga.

Thiago Silva - named Chelsea's captain for the match - was at fault for West Brom's second as he was caught in possession, with Robinson pouncing for his second in the 28th-minute, before Kyle Bartley was left unmarked from a free-kick to add a third just two minutes later.

Abraham had spurned two presentable chances in the first half, while Timo Werner struck the crossbar, but 10 minutes after the restart Mason Mount gave Chelsea hope with a fine strike from 25 yards out.

Substitute Callum Hudson-Odoi further reduced the deficit with a lovely goal after a clever one-two with Kai Havertz with 20 minutes still remaining.

And then in the dying seconds Abraham was alive to tap in Kai Havertz’s effort after it was parried by Sam Johnstone, as Chelsea rescued a point against a West Brom side still searching for their first win of the season.

NDC’s Manifesto Has ‘Aroused Sleepy Conscience’ Of Akufo-Add...
57 minutes ago