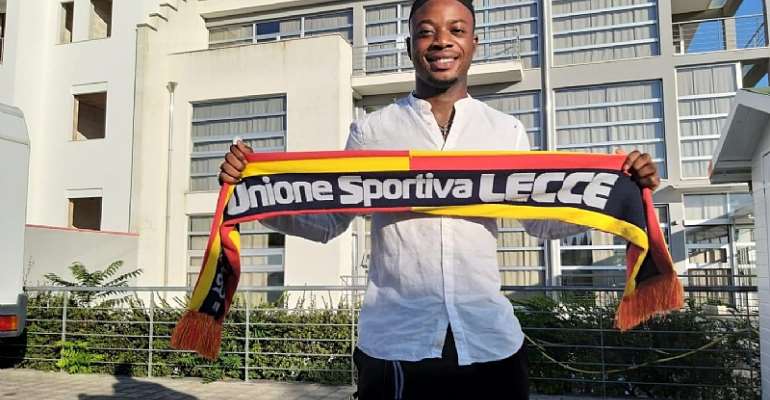 Italian-born defender of Ghanaian descent, Claud Agyapong has completed his loan move to Serie B outfit US Lecce, Modernghana Sports can report.

The Sassuolo full-back on Thursday finalized the deal to the Italian lower-tier club and will be playing a key role for the team in the 2020/2021 football season.

He has signed a season-long loan deal with US Lecce and could be tied down to a permanent deal if he manages to impress at the end of the campaign.

“US Lecce announces that it has acquired, on a temporary basis with the right of option, the right to the sports services of the footballer Claud Adjapong from US Sassuolo Calcio.

“The defender born in 1998, who has already undergone medical examinations, trained this afternoon under the orders of Mr. Corini”, an official announcement on the website of Lecce has said today.

Claud Agyapong’s current contract with Sassuolo is expected to run until the summer of 2023. He has developed his game in the past year and will hope to display fine form in the new season.

NPP may lose 2024 elections if Bawumia is imposed as flag be...
47 minutes ago

Keep quiet and concede defeat because you couldn't perform —...
57 minutes ago