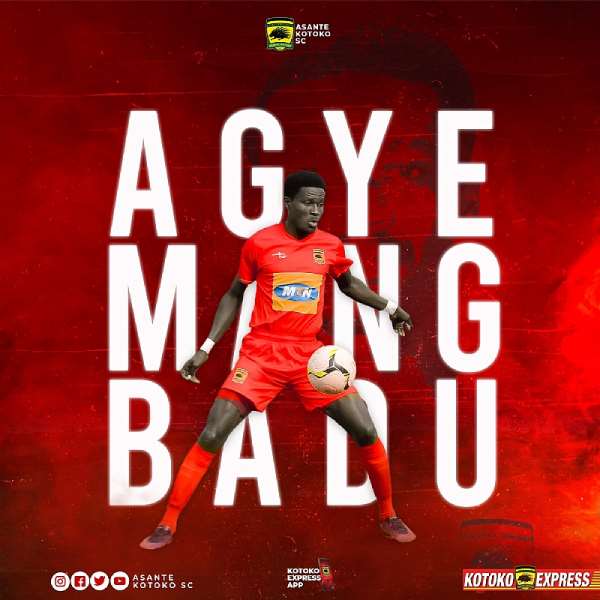 Highly-rated Asante Kotoko defender, Agyemang Badu has signed a new long term contract with the club ahead of the next football season.

The hardworking center-back joined the Ghana Premier League giants in 2019 in a deal that saw him moving from lower-tier club PHAR Rangers.

At Asante Kotoko, he has managed to steadily cement a place in the first eleven of the club and emerged as one of the key players for the team in the 2019/2020 football season.

With his initial short term contract expiring earlier this year in May, Agyemang Badu has now according to sources inked a new 5-year contract with the Porcupine Warriors club on the back of successful negotiations.

The Kumasi-based club counts the defender as one of their integral players at the back and wants to keep hold of him for the long term.

During the last Ghana Premier League season which had to be canceled as a result of the Coronavirus pandemic, Agyemang Badu featured in 12 games, missing just 2 of the matches.