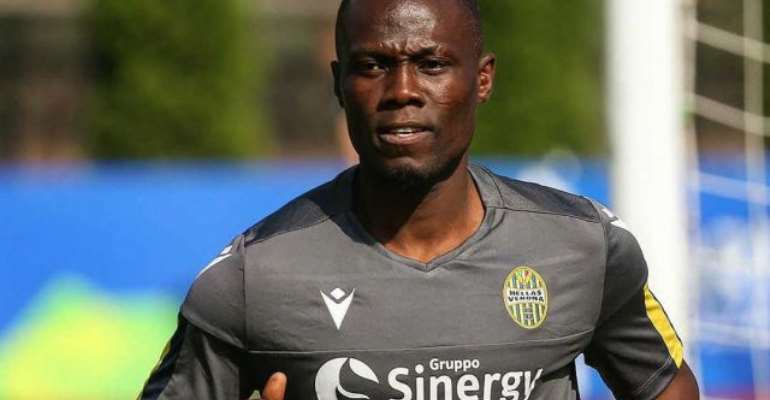 Ghana international, Emmanuel Agyemang-Badu has joined Serie A side, Hellas Verona permanently ahead of the 2020/2021 season.

The former Kotoko midfielder was loaned to the club by Udinese Calcio last season but was sidelined due to injuries.

The 29-year-old, returned to action in the second half of the season, making only 10 appearances for the club.

The move ends his ten years stay at Udinese where he made 170 appearances and scored 10 goals.

Prior to joining the Italian based club, the midfielder played for clubs like Berekum Arsenal, Asante Kotoko and Recreativo Huelva in Spain.

He was a member of Ghana's team that played in the 2010 and 2014 World Cup in South Africa and Brazil respectively.