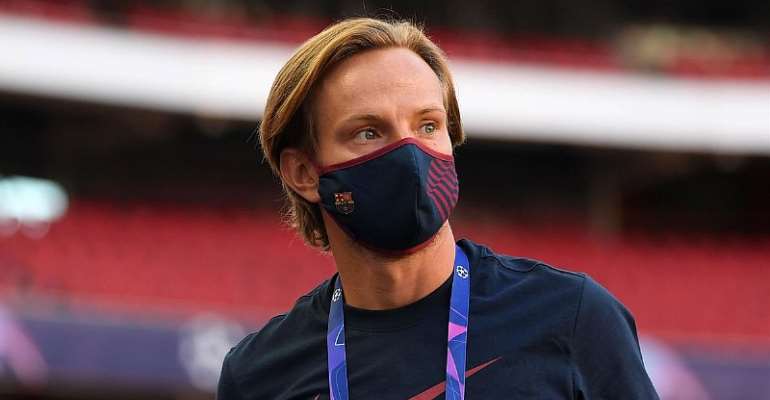 IVAN RAKITIC OF FC BARCELONA LOOKS ON DURING A PITCH INSPECTION PRIOR TO THE UEFA CHAMPIONS LEAGUE QUARTER FINAL MATCH BETWEEN BARCELONA AND BAYERN MUNICH AT ESTADIO DO SPORT LISBOA E BENFICA ON AUGUST 14, 2020 IN LISBON, PORTUGAL IMAGE CREDIT: GETTY IMAGES

At Barcelona, he won four league titles, four Copa del Reys, one Champions League and a Club World Cup as part of their formidable treble-winning side of 2014-15.

However, he has slipped down the pecking order at the Nou Camp and the Croatia international has returned to Sevilla where he reportedly wanted to live.

Spanish media reported Rakitic, who had one year left on his contract, was not part of new Barca coach Ronald Koeman's plans for next season.

Sevilla have confirmed that Rakitic has signed a four-year contract. In Barcelona's statement, they confirmed it is an initial fee of €1.5m with a further €9m in variables.

Barcelona are a team in turmoil following their humiliating 8-2 loss to Bayern Munich in the Champions League last season, with captain Lionel Messi telling the club he wishes to leave immediately.