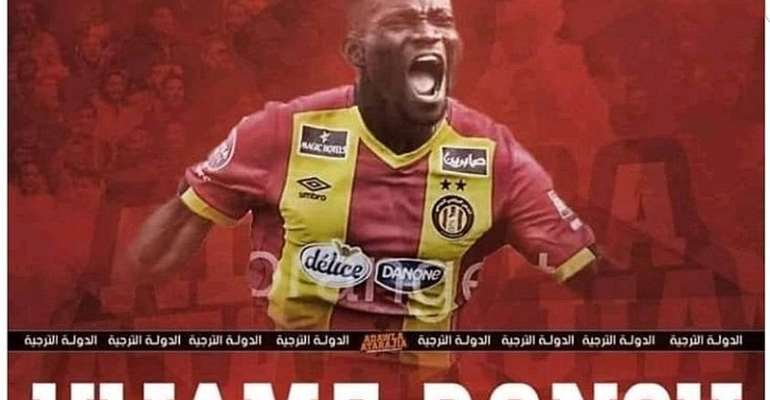 Kwame Bonsu and his Espérance Sportive de Tunis side have been crowned the Champions of the Tunisian league after drawing with SC Chebba on Sunday evening.

In what was a Matchday 23 fixture played behind closed doors at the Rades stadium, the Ghanaian international started for his team and looked solid in the midfield throughout the first half.

At the break though, Kwame Bonsu made way for the introduction of Benguit.

In the second half, SC Chebba took the lead courtesy a strike from Jilani Abdessalam on the 60th minute. Five minutes later, Esperance drew level through an equalizer from Abdelkader Bedrane as the match eventually ended in a scoring stalemate.

Though there are 3 more games to play, Kwame Bonsu and his Espérance Sportive de Tunis outfit are running away with the league title as a result of the 9 point lead and a big goal difference of plus 23 goals over the team in 2nd, CS Sfaxien.

Winning the 30th league title with the Tunisian giants, Kwame Bonsu becomes the 5th Ghanaian to enjoy league triumph with the club. Others to have done the same in the past include Harrison Afful, Seidu Salifu, Moussa Narry, as well as Sadat Bukari.