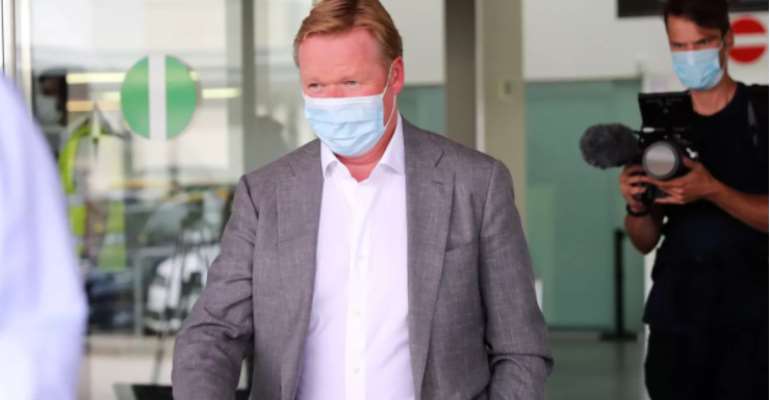 Barcelona president Josep Maria Bartomeu has confirmed that provided "nothing goes wrong" then Ronald Koeman will be the club's next manager.

The move means Koeman has left his role as Netherlands boss with immediate effect to return to his former club.

During a wide-ranging interview given on Barca TV Bartomeu said "We bet on Koeman because of his experience, he was in the Dream Team, he believes in our philosophy.

"Before the pandemic, in January, Koeman told us that he had a commitment to the Dutch team for the European Championship"

The 57-year-old played for Barcelona under Johan Cruyff from 1989 to 1995, winning four straight La Liga titles and the European Cup in 1992.

Much has been made about the future of superstar Lionel Messi, who reportedly it interested in leaving but Bartomeu dismissed any such notion.

"Koeman will be the new manager and he told me that Messi is a key player for our new project."

Bartomeu also admitted that the club have financial issues regarding to the team's wages and that as a result there would be an overhaul in the summer, seemingly implying that all but a select few players would be available.

"We have money, the problem is a salary limit. We have to reduce the team's overall salary.

"The planning will be done with the coach and the technical secretary,

"There are (exit) options and we have to talk to players, I repeat, they are legendary and have to come out with all the honours.

"Messi, Ter Stegen, Lenglet, Semedo, De Jong, Griezmann and Démbélé are not up for sale.

"We have offers for Ansu Fati, but he is not for sale.

"With Inter we have been talking about Lautaro [Martinez] for months, we stopped the negotiations a few weeks ago and we will see what the new coach and the secretariat think."

Former Everton and Southampton boss Koeman had been in charge of the Netherlands since 2018, and his departure means the Dutch FA must search for a new manager.

The UEFA Nations League gets under way in September, with the Netherlands facing Poland, Italy and Bosnia and Herzegovina, while the postponed Euro 2020 tournament is due to start next June.

The sacking was the first of “many changes” at the club, with the presidential elections also moved forward to March next year, while Lionel Messi's future remains uncertain amid reports the six-time Ballon d'Or winner wants to leave. Technical director Eric Abidal was also fired.

Earlier on Tuesday, Euro Papers looked at the six players who could be following Setien out of the door…

With the presidential elections in March potentially bringing about widespread change at the Nou Camp, there are reports Koeman is only a short-term fix as candidate Victor Font wants former captain Xavi taking the reins.

That could give Koeman just a few months to convince otherwise should Font replace Josep Maria Bartomeu, and you imagine nothing short of perfection will help the Dutchman stay on.

After losing La Liga to Real Madrid and crashing out of the Champions League in disastrous fashion, it would be difficult for Koeman to lead Barca through a worse season than the campaign that has just ended.

But perhaps only winning both of those trophies would see him remain in charge beyond next summer. A shame, given his affinity with the club, but hardly surprising in this cut-throat managerial world at the top footballing table.