Thomas Partey Reveals How He Ended Up Playing In Spain 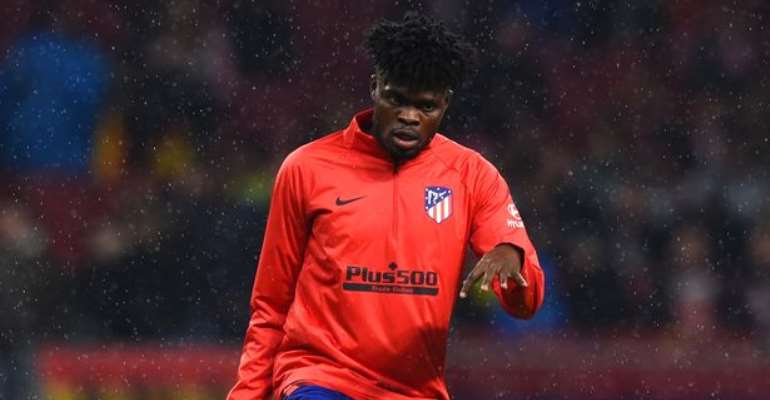 Ghana international, Thomas Partey has opened up on how an agent helped to move to Spain.

The 27-year-old has become a number of target for clubs this summer following his brilliant season with Atletico Madrid this season with Arsenal likely to be his next club.

Narrating how he ended up playing in Spain, Partey revealed that a Spanish football agent in a conversation with his father helped him to move to Spain but did not know the club he will be playing for when he left Ghana in 2011.

“I had a Ghanaian agent who was working with a Spanish agent, he met my father in Ghana and they spoke about everything, and then he told me I was going to Spain. They will prepare my passport, my visa and everything,” Partey told the official club website.

“When it got to the day I had to leave Ghana, he called me and said, tonight you are travelling and I said Ok.

He continued, “I packed my things and I went to the airport. He did not tell me where I going in Spain so when I arrived, he said, first, you have to go to Atletico Madrid and if they don’t sign you, we will take you to any team that you want to and I said Ok.

“When I got to Spain, it was cold and it was raining and as an African guy, I am not used to the cold and rain so I just needed to try my best and get used to it and that is how everything went,” he added.

Partey has won the Europa League and the Spanish La Liga with Atletico Madrid after returning to the club on 2015 from loan.