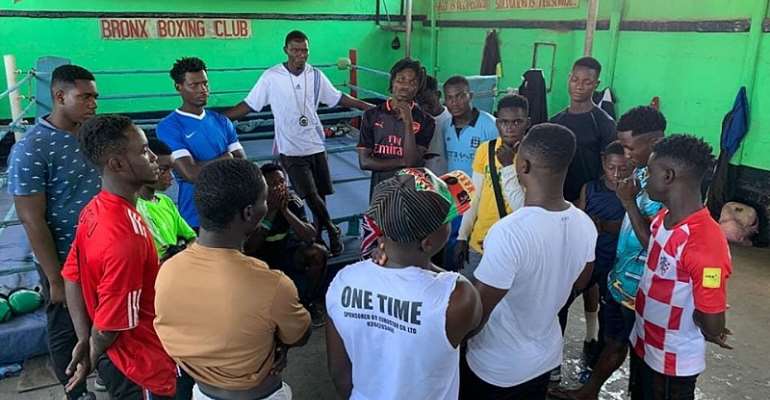 President of the Ghana Boxing Authority (GBA), Lawyer Peter Zwennes has disclosed that only ten professional boxers would benefit from the National Youth Employment Agency relief package for sportsmen and women in the country.

He said according to the Ghana Olympic Committee (GOC), the package was meant for only amateur sportsmen and women, so they do not even know those who are going to benefit.

This has not gone down well with some professional boxers and their managers as they claim that the Covid-19 hit everybody and everyone must be supported.

According to the GBA President in spite of all the achievements chalked by Ghanaian boxers, they are not honoured nor rewarded accordingly, and it is not easy to organize promotions due to the high cost in staging fights.

He thus called on companies and other philanthropic organisations to help the GBA and professional boxers.

Alex Ntiamoah-Boakye of Box Office Promotions said awarding 10 slots to Pro Boxing and 500 to female footballers is like a joke because when the players represent the nation at international tournaments, they take per diems and winning bonuses, so there must be a way to help professional boxers who are also struggling to make ends meet due to the ban on boxing in the wake of Covid-19.

He noted that it is very expensive to organize boxing promotion without sponsorship, which is not easy to come by, and they (promoters) had to pay for sanctioning fee, security, medics/ambulance, entertainment, venue and boxer’s purse, just to name a few.

He said the solution is for the government, through the Ministry of Youth & Sports and the National Sports Authority (NSA) to come up with a long term package to involve the national television stations and companies interested in supporting boxing in solving their issues, before the trained boxers take to other jobs.

He expressed that if other countries are trying to organize boxing in the midst of the Covid-19, Ghana must also find answers and support the boxers who are also Ghanaians.

Coach Carl Lokko, Deputy Technical Director of the GBA and head trainer at the Bronx Gym said his boxers are really finding it tough as they are not training, and expecting the government to lift the ban on contact sports.

He noted that the purses of local boxers are noting to write good about as it is for the passion and hope of landing an international bout that keeps the boxers in the gyms.

He said Ghana boasts of many good boxers, but the reward is not convincing at all, so they are always looking for an opportunity to travel to fight outside to earn a handsome purse.

Meanwhile, at the meeting with promoters and managers, the GBA decided to meet the Minister of Youth & Sports on the future of Ghana Boxing as they are already prepared to go by the safety and health protocols in organizing bouts.