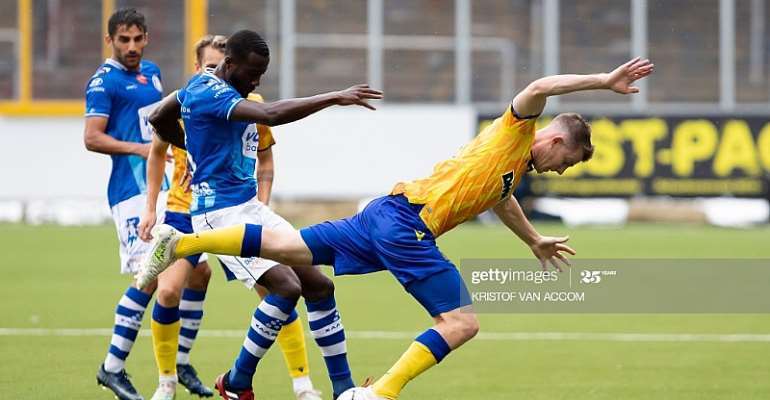 Ghanaian international Elisha Owusu has suffered a 2-1 defeat with his K.A.A. Gent outfit against St. Truiden on the opening weekend of the Belgian Jupiler Pro League.

After establishing himself as one of the best players of his club during the 2019/2020 football season, the French-born midfielder has kept his place in the team’s first eleven.

Today at the Staaien grounds, Elisha Owusu earned a starting role when K.A.A. Gent played as a guest to St. Truiden at the start of the 2020/2020 Belgian top-flight league.

After a good start to the game, a 3rd-minute equalizer from Yuma Suzuki handed the home team the lead.

Though Gent fought back to restore parity through Igor Plastun on the 43rd minute, an impressive performance from St. Truiden saw them cruise to victory at the end of the 90 minutes with Facundo Colidio netting the vital winning goal in the second half.

On the Matchday, Elisha Owusu played the entire duration of the game as he finished with a yellow card.