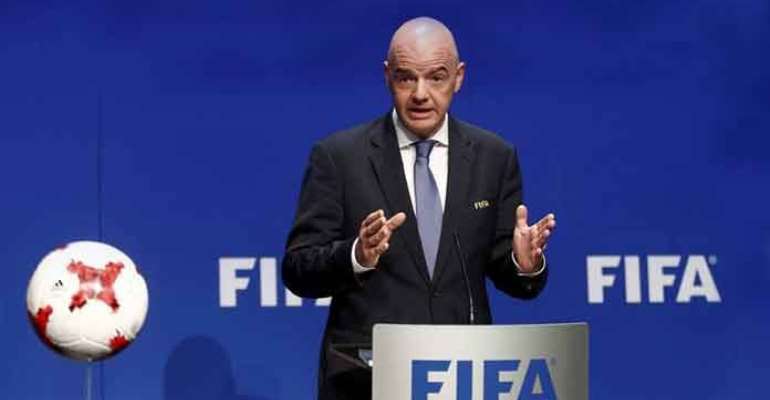 Fifa president Gianni Infantino will remain in the role while he is a subject of a criminal investigation.

Last week, prosecutors in Switzerland launched legal proceedings against Infantino in relation to an alleged secret meeting he held with the Swiss attorney general Michael Lauber.

Both men have denied any wrongdoing.
Football's world governing body Fifa, which is based in Zurich, said the meetings were "routine" and "nothing remotely criminal has happened".

"There was and is absolutely no reason to open any investigation," it added.

"There is nothing at all to suggest any form of criminal wrongdoing."

Lauber resigned last week after a court said he covered up the meetings and lied to supervisors during an investigation by his office into corruption surrounding Fifa.

Special prosecutor Stefan Keller was appointed in June to review criminal complaints against the two men and others.

He found indications of criminal conduct related to their meetings, the authority overseeing the Office of the Attorney General (OAG) said.

"The purpose was always to offer Fifa's full support in the investigations. The Fifa president and Fifa officials went to see the most senior law officer in the country to describe the changes that had been made at Fifa, and offered co-operation in prosecuting criminal wrongdoing.

"The Fifa president went there in good faith and as a representative of Fifa."

It added that Infantino was trying to "restore trust in the institution" and to "explain the concrete steps being taken to bring good governance" to Fifa.