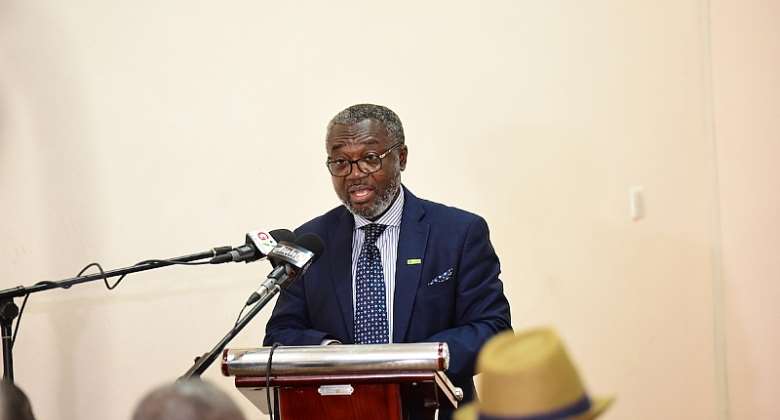 Dr Anthony Nsiah Asare, the Presidential Advisor on Health has said that the government will cater for the cost of COVID-19 tests for national teams that are returning to training.

Domestic football has come to a halt since in the outbreak of the coronavirus in mid-March.

However, President Akufo-Addo in his 14th update on Sunday on the measure to mitigate the spread of the coronavirus pandemic confirmed that the Black Maidens and Black Princesses can go into camping and prepare for their assignments later this year.

However, the Presidential advisor on health in an interview with Asempa FM revealed that government will bear the cost of the testing for both national teams.

“The Minister of Sports had earlier on presented a proposal on the national teams who had international assignments so we had to advise the president to allow the teams train beginning August 1, 2020,” Dr Nsiah Asare mentioned.

He further explained that the return matches of these national teams will be playing behind closed doors and the Ghana Football Association (GFA) would choose the venues for these games.

He also mentioned that the teams would be camped with tight security where no one would be allowed to come out as done in the second cycle institutions till they complete the return encounters.

“We will be doing the mandatory testing for these national teams as FIFA has recommended and the European clubs are following,” he concluded.

U-20 Women’s team, Black Princesses will face Guinea-Bissau in September in first round of the 2021 FIFA U-20 Women’s World Cup qualification.

The first leg will be played in Guinea-Bissau on September 4 with the second leg scheduled for September 11 in Ghana.

For the U-17 Women’s team, Black Maidens they will be in action in October when qualification for 2021 FIFA U-17 Women’s World Cup resume.

The Maidens will face West African rivals Nigeria in the second round. Ghana will host the first leg on October 30 with the return on November 20.