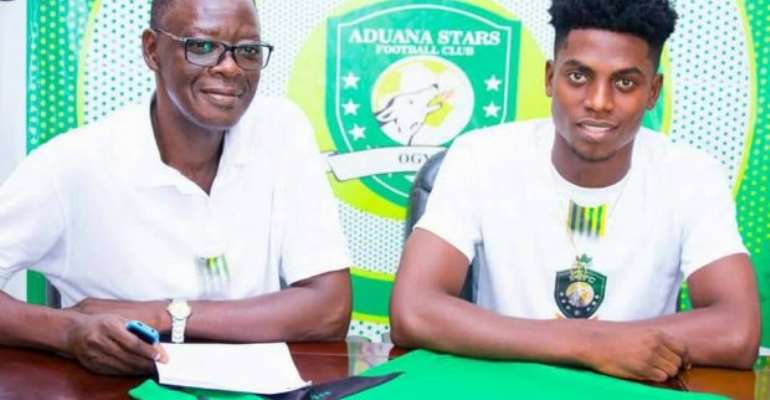 Aduana Stars centre back, Caleb Amankwah has revealed that Nana Agyemang Badu, the owner and bankroller of the Dormaa based club convened him to sign for the club.

The 22-year-old enterprising defender joined the 'Ogya Lads' from West African Football Academy [WAFA] in December 2017 ahead of the CAF Champions League campaign.

According to him, Nana Agyemang Badu convinced him to join the club after failing to land a deal in Europe.

"I was at WAFA and I had a deal to travel but the deal could not go through," he told Kumasi based Nhyira FM.

"Nana Agyemang Badu came to the camp of WAFA and told the management he needs some players to beef up his team to play in Africa and the team released me to join Aduana Stars.

"I spoke to my father and mother about and they gave me their support but I must also confess that Nana Agyemang Badu played a crucial role in my transfer to Aduana Stars.

"I heard a lot about Kotoko but no club official approached me," he added.

Amankwah was one of the stand-out performers during his last season with WAFA contributing one goal in 26 appearances for the academy boys.