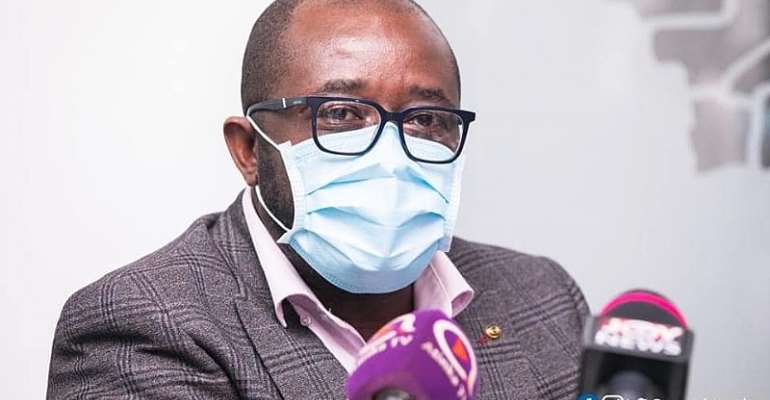 Ghana FA president Kurt Okraku says the initiative to get financial support from the Youth Employment Agency (YEA) for Women’s Football is a "game-changing" move.

Kurt Okraku himself initiated and concluded negotiation with YEA over financial support for women football.

He is the master brain behind government's decision to offer financial support to women football in the country.

The Ghanaian football boss single-handedly initiated and concluded negotiation with the National Youth Employment over the financial relief which has yielded positive results.

It's a massive game-changing scenario for women football with work in progress to ensure other sectors of the football association are well taken off during the coronavirus pandemic.

Mr Okraku has scored high marks for the initiative which will change the phase of women football in the West African nation.

Through the ''Youth in Elite Sports for Ghana Programme'', 500 female footballers in the country will be paid for the next six months - a monumental achievement for the current FA boss.

It was through the ingenuity of the Ghana FA boss which also ensured other athletes were enrolled on the commendable scheme.

Chief Executive Officer of Youth Employment Agency, Justin Kodua Frimpong was explicit and direct when he poured praises on the former Dreams FC Executive chairman for his personal initiative which has finally seen the light of day.

''It was very refreshing and welcoming when the GFA President Kurt Okraku came to see the Agency that he needed support for the various football activities in the country. In fact, I must commend him and the GFA for bringing such a worthy proposal to the Agency for consideration." Kodua Frimpong told the Ghanaian media.

''Upon meeting with him together with the Board Chairman of the agency, we deliberated on it and made further consultation with the Ministry of Youth and Sports whereby we decided to expand the proposal from the Ghana Football Association to include other disciples because we didn’t want to restrict ourselves to only football.

''We thought about it that the moment we attend to the GFA, Ghana Olympic Committee and others will come and demand that it must also apply to them. In the nutshell, we decided to meet the mother body, the National Sports Authority to have discussions and deliberations on how best the Agency can support our young men and women who have taken sports as their profession, lawyer Kodua stated.

The country's government is expected to splash$288,000 to pay players in the Women Premier League some allowances to help them overcome the negative economic impact of the coronavirus pandemic for the next six month.

Beginning from July 2020, 480 players from the Women's Premier League will receive an amount of 500 cedis per month for the next six months.

This means the government agency YEA will spend 240,000 monthly on the players as they seek to support the football industry to help them overcome the economic impact of the pandemic.

This means for the next six months the YEA will spend 1,440,000 cedis or $288,000 on the players as the GFA pushes for government to offer more support to the football industry.

This is an initiative to mitigate the economic impacts on the football clubs and players as a result of the novel coronavirus pandemic which has seen football activities halted since 15 March 2020.

The 2019/2020 Women's Premier League season has been suspended since mid-March after the government imposed ban on public or social gatherings.